Week seven’s action was fun from start to finish, with divisional match-up’s galore to go along with drama on Sunday night. This edition of The Final Drive is also going to read like a terrible injury report, just so you’re aware. Ready? Let’s do this.

Does this game feel like forever ago to anyone else? I can barely remember what happened. Oh wait, now I got it. The Seahawks turned the ball over way too many times, thanks to their inability to keep pressure off Russell Wilson. Had the ‘Hawks been facing a team with a smidgen of offensive capability, they would have found it much harder to come out with a road win.

So the Falcons may have deflated my “Trap of the Week,” but the Bucs didn’t let me wallow in sadness for long. Did everyone see this group of hazmat suited specialists going in and disinfecting the Tampa facilities? Those staph infections are serious business. I’m betting the guy without the protective gear is Greg Schiano. He’s a douche like that. Doug Martin suffered a torn labrum, so who the hell knows when he’ll come back to practice. 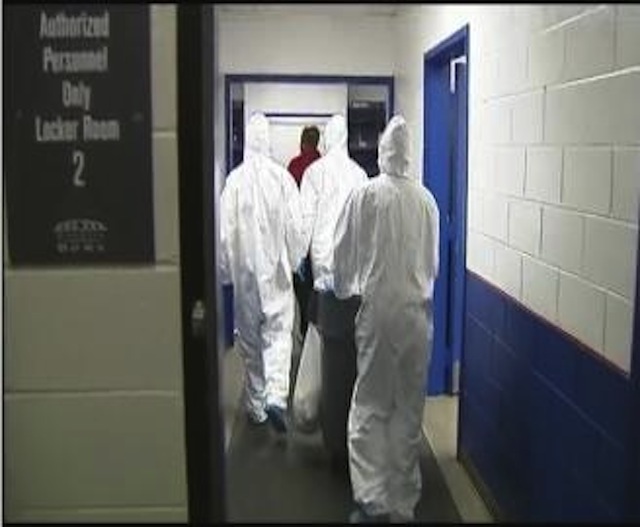 I’m impressed with the Bengals’ ability to get a close win on the road. I was especially glad to see Andy Dalton have a game worth noting (372 yards, 3 TD’s). What stings is the loss of corner Leon Hall, who tore his achilles and will be out for the rest of the season. That Cincy defense needs the “next man” to step up, which is probably Dre Kirkpatrick, their 2012 first round pick.

The hell, Miami? C.J. Spiller only touched the ball nine times and Fred Jackson came out with an injury. How did you let Thaddeus goddamn Lewis score 23 points on you? Well, I suppose you had other concerns, what with your quarterback being assaulted every other play. The Dolphins attempted to correct their offensive line woes this week by trading for Bryant McKinnie, who was expendable since Baltimore acquired Eugene Monroe. It says a lot about your problems when you’re relying on a fat, lazy, assclown to try and fix them. 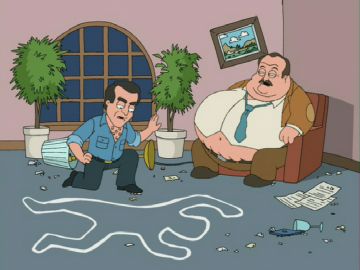 The overall weirdness of this game was increased exponentially by a odd flag thrown on the Jets’ game-winning field goal attempt. A Patriot defender, Chris Jones, pushed a teammate into the line of scrimmage, something that became a penalty over the offseason. (Player safety issue, which I agree with.) 15 yards later, the Jets got another try on the field goal, which they converted and will now gloat about while Bostonians whine all day. This event has distracted us from realizing that Tom Brady had issues connecting with open receivers in this game. Down the field? HA. Didn’t happen. But it was nice to see Gronk go out and GRONK everyone. (It worked, You know it did.)

LOOK AT THE CARNAGE!

I’m going to call a quick timeout to tell you about a dream I had Sunday night. I know what you’re going to say: “Joe, we don’t care how you were a total badass and rescued Anne Hathaway from Bane.” First of all, SCREW YOU BUDDY. I saved her from that mumbling psycho. AND SHE LOVED ME FOR IT.

Second, it had nothing to do with superheroes. I dreamt that the New England Patriots had traded Tom Brady… to the Oakland Raiders. Yes, I had a dream about a trade in the NFL. I’m at that point in my life. Anyway, it was so jarring! I usually fall asleep to some sort of live sports radio/podcast, so there have certainly been occasions when I accumulate snippets of knowledge through osmosis. But my subconcisous conjured up breaking news images from ESPN as Schefter and Mort called into Sportscenter and broke down this stunning deal. What was the compensation? No one knew. And then my dream basically went in cycles like that, because dreams.

It did get me to thinking though, what would it take for a crappy franchise to lure away one of those “Elite Quarterbacks” from their long-time teams? Three first round picks? All the picks from three entire drafts? When does an offer get too good to be true? Think about it. Get back to me in the comments.

You know that high-powered Chip Kelly offense that Nick Foles was so deftly commanding the past two weeks? Yeah, it didn’t show up in this game. In fact, Foles didn’t even finish this contest, coming out with a concussion. That paved the way for Matt Barkley to come in and utterly fall on his blonde USC face. Which he kinda did, thanks to three interceptions. Injured or not, these Cowboys have the inside track to win the NFC East. No other team in the division has approached their level of competent-ness.

Obviously the most important piece of news coming out of this game is the ACL tear of Sam Bradford. With Kellen Clemens the only other QB on the roster, the Rams worked out other passers today and signed Brady Quinn and Austin Davis. And in other news, Steve Smith trash-talked someone. I’m sorry, that’s not news at all. He’s been a dick for years.

So… the Jags lost again. That’s cool. Are we supposed to get anything out of this game? No? Awesome. Here’s a fun GIF of a corgi making a harrowing climb.

If San Francisco can put up this kinda of point total against the stingy Titans and rack up 150+ yards on the ground, they might yet have something to say about this NFC West thing. (Not that they were really out, but drama. You get it.) Jake Locker came back from his injury and performed relatively well, but he was sacked three times and threw an interception against this Niner defense. That ain’t gonna get it done most days versus this team.

Brandon Weeden is now 0-4 as a starter this season. Coincidentally, those four game are Cleveland’s only losses this season. Oh wait, that’s not a coincidence. Brandon Weeden McBlows. The Packers have lost Jermichael Finley for an undetermined amount of time due to a bruise of his spinal column. Zoinks.

As awesome as the Chief defense is (and boy is it ever awesome), their offense is just as plodding. Alex Smith can’t move the ball down the field with any urgency, instead he’s forced to hope that Jamaal Charles can take one of his little dump-off passes to the house. It’ll work… for a while. Until you meet an offense you can’t slow down. Like, one that isn’t being run by a first-time starter like Case Keenum. The kid actually played well, but I’m not sure the Texans can stay with him if they really believe Schaub gives them the better chance to win. But their defense is going to be under-manned yet again, as Brian Cushing tore his LCL and broke his fibula during the game. Well… that was fun while it lasted.

I would also like to take a moment to make sure the general public is aware of this man, who urinated on himself at the Chiefs game Sunday. Let us scorn him forever until we can trust him in public. (Which for me is never.)

This was a crappy-looking football game decided by a kicker in the final seconds, just as I predicted it would be in The Opening Drive. Does anyone wish to challenge my clearly undeniable authority on this rivalry? I AM A FOOTBALL GOD.

As if we didn’t have enough ACL tears this weekend, Reggie Wayne managed to deliver one more as he was all alone and reaching for a low pass from Andrew Luck. That injury taints what was otherwise another great win for Indianapolis this season. Their defense manned up on the Bronco receivers and tangled with them all night long, leaving Manning in the pocket to be harassed by Robert Mathis and company. Without Ryan Clady at left tackle, the Broncos are going to be vulnerable to teams with a good pass rusher or two. And if they’re dead-set on running the ball even when they clearly shouldn’t, that offense could come up short more than they can afford. That being said, Manning played his worst game of the year and threw some real wobblers out there and the Broncos still only lost by six points. This game is more about the Colts’ rise to legitimacy than the Broncos’ failings.

Talking about this game gives me the shakes. (That or I probably need to eat something substantial today.) Josh Freeman started this game after a week and a half with the Vikings. This meant he still had no idea how to make adjustments at the line and where any of his receivers were supposed to be. Oh, and he was jittery and threw almost everything high.

That’s how the Giants, who had 64 total yards rushing, managed to win. That and the offensive coordinator for Minnesota (I’m not even going to look him up, as I don’t want the internet to recognize his status as an NFL head coach) decided the gameplan for his newly-minted quarterback would be to give Adrian Peterson 13 fucking carries. The best player on the team (and maybe the league) touched the ball 13 damn times. The new quarterback? Yeah, he threw it 53 times. Congratulations Minnesota, you are officially inept.

And I’m out! Be sure to tip your waitresses… ya know… your internet waitresses.

Or waiters, let’s be PC here.

Where was I? Right, leaving now. Bye football fans!