Hey readers! Thanks for swinging by! Week four in the NFL got me all excited in my nether-regions. (Maybe a lie.) I don’t want to make you wait any more, so let’s start The Final Drive!

Sam Bradford isn’t a great quarterback, we kinda saw that already. But now, I’m not even sure he’s a good quarterback. This former number one overall pick has shown little ability to make the players around him better. I’m not sure what the Rams could get that would be an improvement unless they suck that hard and earn another top-two draft pick. ‘Frisco is heading back in the right direction. The Rams are a cure-all.

And there was your Trap of the Week. NAILED IT. Joe Flacco through five goddamn interceptions against a secondary that was missing anyone you’ve ever heard of. The Bills were in control for most of this game and held off a late rally. And when I saw it, the late flag against Terrell Suggs was fully justified and correct, if only because I have a hardcore bias against Suggs. That being said, what is a defender supposed to do? E.J. Manuel was trying to run the clock out by not kneeling right away! You have to lay a hit on him and hope that he coughs up the ball. 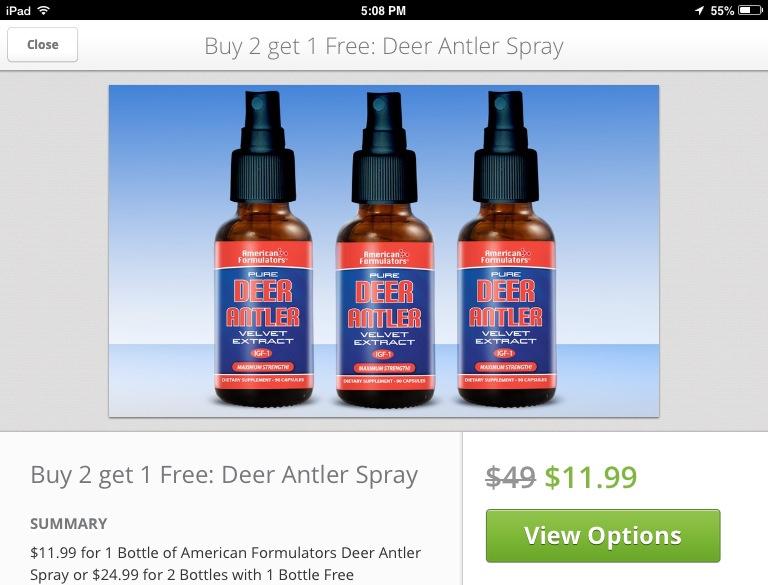 Brian Hoyer WHAT WHAT! I don’t think he’s the second-coming of Brady yet. But there is something to be said for the spark he’s provided a team that was clearly on the decline. All of a sudden they’re 2-0 with Hoyer at the helm and have a share of the division lead! He eliminated the turnovers from his previous game and helped the offense convert 50% of its third downs. For Cincy, this is just a terrible home loss. And we thought these guys were a legit contender? Puh. Lease.

The funny thing is, KC had three turnovers, and the Giants STILL couldn’t convert those into more than seven points. This is embarrassing at the highest level for Tom Coughlin’s team. Victor Cruz is Eli Manning’s only reliable weapon right now, but how is he going to get the ball to him if he keeps getting sacked? KC’s defense is giving up just over ten points per game, which is the best in the league. They’ll stay close in most of their games this season.

Pittsburgh couldn’t stop Adrian Peterson (140 yards, 2 TD’s) and let Greg Jennings score from 70 yards away. Matt Cassel played an efficient game and was only sacked once, as opposed to Big Ben who threw a pick and fumbled the ball away, all while being sacked six times. Roethlisberger stated afterwards that the Steelers might be the worst team in the league. They’re not Jacksonville-bad, but Ben isn’t helping matters with his ridiculous turnovers. 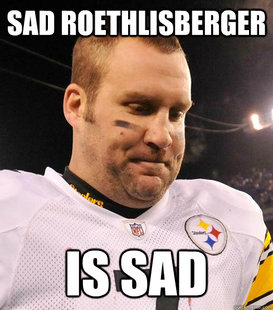 Tampa Bay blows. And if there suckage wasn’t bad enough, this Josh Freeman crap has just gotten out of hand. Either trade him, release him, or let him stand on the sidelines. But this “deactivation” BS and all the leaked reports of his substance violation is redonks. Your team is winless through four weeks Greg Schiano. It’s time to stop playing head games with your mediocre quarterback. Instead, why don’t you try and fucking figure out what’s wrong with your anemic offense. Asshole.

Do we ALL now know that the Jaguars are the fucking worst? Because they are. The worst. Trent Richardson looks as plodding as ever from the Colts backfield (60 yards on 20 carries, WOO), but the Colts still pummeled the Jags. Seriously. Sign Tim Tebow. Why the hell not?

I know he just threw a pick-six in a third consecutive game, but do we really need to start burning Matt Schaub jerseys? What do you have that’s better? T.J. Yates? HA! Good luck with that and let me know how 7-9 feels while you’re at it. Schaub is a good quarterback, even if he doesn’t have a tremendously high ceiling. Losing to Seattle isn’t the end of the world. They’re a Super Bowl contender and they had to get another Richard Sherman pick-six just to tie the game up. Should it have gotten to overtime? No. But you had them on the ropes. Ease down.

I don’t even care about this game really. (The Titans aren’t as crappy as we expected them to be.) All I care about it this:

Damn those Jet quarterbacks are entertaining.

Okay, Denver is going to get the number one seed in the AFC. I’m almost positive. John Fox’s (and Peyton Manning’s, let’s be honest here) second half adjustments are second to none. They come out after every intermission and lay it on their opponent. I’m interested to see what they look like in cold weather, but for right now, they can stack up the W’s.

Washington is 1-3. They beat the Raiders, but managed to give up 14 points in the first quarter to Matt Flynn. Credit the defense for eventually hunkering down, but they’re still hot garbage. NEXT!

“Oh, so you beat the Raiders? NO SOUP FOR YOU!”

Hold on now everybody, we just got out second 400-yard passing game from Philip Rivers this season. Ain’t that something! And what’s really something? The fact that the Cowboys are still in the lead for the NFC East. 8-8 might win that division easily. Romo still needs to target Dez Bryant more. He can’t have a break-out season if you DON’T THROW HIM THE BALL.

First of all, this was a huge night for the aged-wonder Tony Gonzalez. Julio Jones commanded a lot of the Patriots’ attention, which left the veteran tight end open against some big ole’ linebackers. Some poor Falcon fans left this game early, so I was almost hoping Ryan would complete the comeback, just to spite them. Vince Wilfork went down with a torn Achilles tendon, meaning he is out for the rest of the season. Just as the defense was carrying New England in these first few games, the offense will need to pull together (with Gronk and Amendola) and shoulder some of the load.

Well this was slightly anti-climactic. The Sunday games were somewhat competitive, and then New Orleans had to go out and drub the Dolphins at the Superdome. Miami committed four turnove… wait, scratch that. Ryan Tannehill committed four turnovers (3 INT, 1 fumble), giving Drew Brees the opportunity to be his bizarro and throw four Tee Diddy’s. With Rob Ryan’s competent defense and Sean Payton back in the offensive captain’s chair, the Saints are going to be scar-ee at home.

THIS kind of scary.

And now I’m done. The Final Drive will go up on Tuesdays now, as I’m fidgeting with y writing schedule (because it wasn’t conducive to sleep patterns). I’ll see you back here on Thursday!