Week two in the NFL season is complete, and teams are now going into “panic mode.” *Cue crazy stat about teams that start 0-2 not making the playoffs.* We had more division showdowns and plenty of dramatic finishes for your viewing pleasure. The Final Drive starts now!

Like I said, Geno Smith was due for a few poorly-timed turnovers. The Patriots made the most of those chances, but Tom Brady’s receivers were uh… craptastic. Even before the downpour that dampened the second half. They’ll get better, but Brady would really like Danny Amendola and/or Rob Gronkowski back right about now.

E.J. MF’in Manuel for the win. The Panther secondary left Stevie Johnson unbelievably wide open for the go-ahead score, which will be a familiar theme this season. Carolina’s secondary will continue to look terrible against even the most average or inexperienced of quarterbacks. And Ron Rivera could be fired by week six.

RG3 is not going to get benched, so everyone can just calm down. The only way he should be benched is if he was legitimately not healthy. Since that shouldn’t be the case, he just needs to continue getting game action in order to knock off the rust. Ya know who’s not rusty though? Aaron Rodgers. 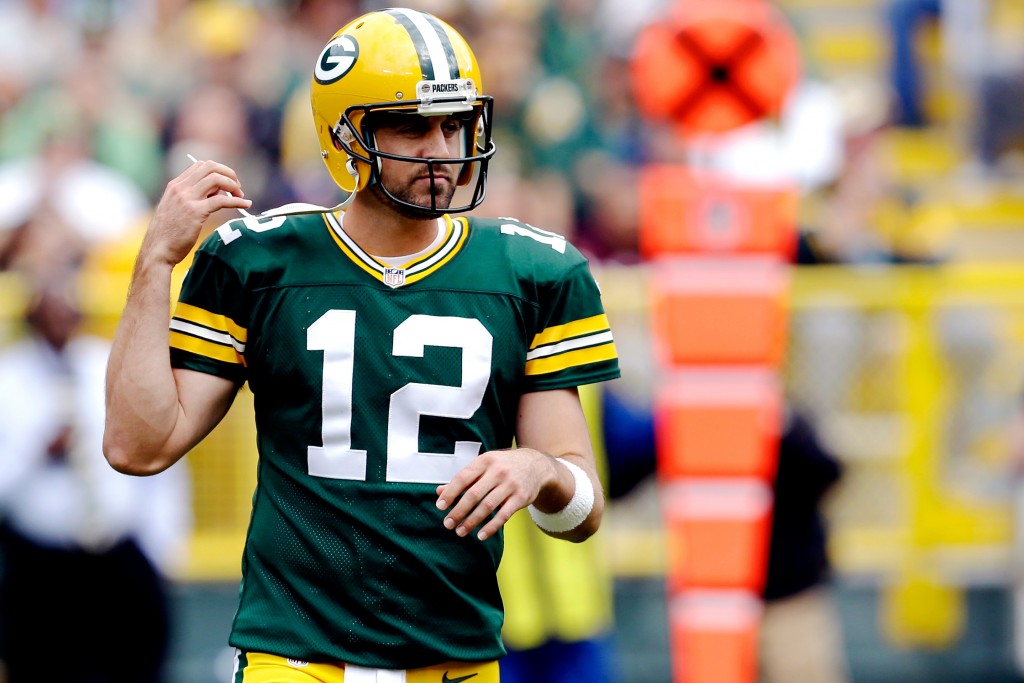 Very quietly these ‘Fins are undefeated, thanks in part to their steadily improving defense. Mike Wallace had the type of game he was brought in to have, stretching the defense so that Miami’s sub-par running backs could gain decent yardage. Indy is in the same boat, with Ahmad Bradshaw as their only true running threat. That could be a source of frustration as the season draws on and defenses learn to control Luck and the passing attack.

Tony Romo was consistently under pressure from a Chief defense that is very underrated. Dez Bryant had a monster day with over 140 yards receiving, but it wasn’t enough. Alex Smith played an efficient game as KC avoided turnovers to pick up their second win.

Well, what we imagined the problem with Chip Kelly’s offense would be actually turned out to be the problem. Huh. His Eagles are going to have issues killing the clock. (And he kinda doesn’t know all the rules.) So his defense is going to be on the field for QUITE a long time, like they were against the somehow electric Philip Rivers (419 yards, 3 TD’s). Don’t expect to see Rivers continue that success.

Yeah. This is an AFC North score. Ew. (Everyone should just realize the Browns aren’t going to the playoffs this year. Accept it.) Did you need anything else? No? Great. Moving right along…

Tennessee isn’t going to go away any time soon. They’re not going to blow the doors off the NFL, but they’re a tough team that grinds out games in the trenches. Houston has pulled wins out of their butt for the second straight week, despite Arian Foster’s apparent frustration with his role. Matt Schaub may have found a new best friend in rookie receiver DeAndre Hopkins, who was almost solely responsible for the Texan win.

Oh Lions. I just… I can’t. It’s too funny. Losing Reggie Bush for any extended amount of time would be devastating.

For the second straight week, the Bucs have found away to lose a lead in the waning seconds. This was uncomfortably close for anyone who had the Saints in a winner’s pool. What was really interesting about this game? Dashon Goldson getting flagged twice for helmet-to-helmet hits, one of which netted him a suspension. He’s appealing the decision, but he’s got a history of ignoring the rules. NO LONGER SAYS GOODELL! 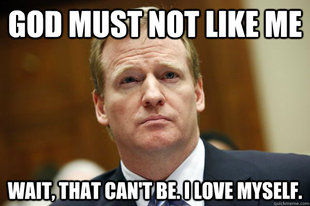 The Raiders might suck… but the Jaguars suck. Hard. Enough so that a rally was held by fans that want to see their team sign Timmy Teebs. That’s a fanbase that truly understands the harsh reality that their team blows and just wants to be entertained for a season.

The Giants have turned the ball over ten times in two games. They have no reliable running back, including Brandon Jacobs, whom they just signed off the street. Eli keeps throwing interceptions because he’s forcing the ball down the field. The defense looks like they’re running in the deep end of a swimming pool. And they got to play against Peyton Manning, who had a down week after seven TD’s in week one. (Joke.) AND this Denver defense was without Champ Bailey and Von Miller! It’ll be fun to see how good they can really get.

Those Niners got straight. Up. Thrashed. The Seahawk defense didn’t let up on Kaepernick’s crew, and they shouldn’t have. They’re trying to establish a culture change in this NFC West. Niner fans will claim that their team was missing its top two receiving threats in Crabtree and Manningham, which means this game will be different when the December rematch rolls around. Well, I’d argue that the Seahawks’ defense wasn’t full strength either, as they were missing pass rushers Chris Clemons and Bruce Irvin as well as number two corner Brandon Browner. Yeah. The Seahawks might be scary good on defense in a few weeks. Oh, and they’ll get Percy Harvin back at some point. (For seven quarters.)

What did YOU do during the hour-long weather delay? Watch Breaking Bad? Pssh. I tore into some Pride and Prejudice. That’s right, READING BITCHES. 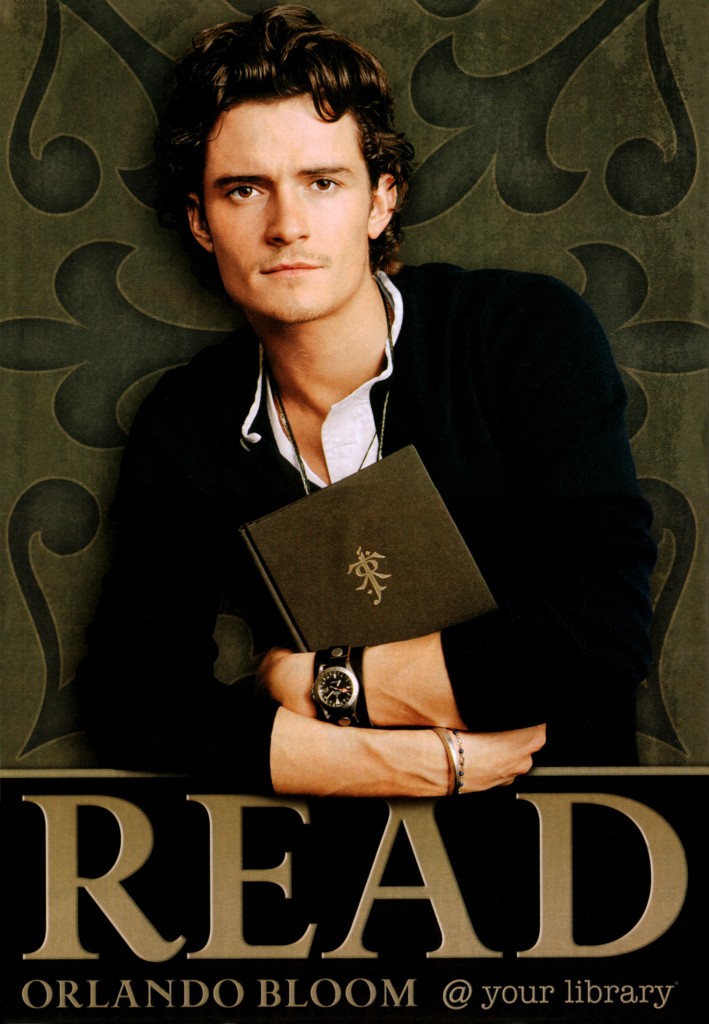 Orlando backs me up.

Um… this game was kinda boring. (Thanks for your shitty games AFC North.) The Bengals kept it on the ground for the most part, letting rookie Giovani Bernard flash some his speed against the Steeler front seven. With Green-Ellis as the finishing back, the Bengals may have a “sold enough” running game to drain out the clock in these defensive struggles. And speaking of struggling… the Steelers are a hot mess. I should really take back that 9-7 prediction…

Get outta here you rapscallion! It’s time for Joe to rest up and prepare for Tuesday night, where he will be all up in GTA V. Check back this weekend for The Opening Drive of week 3 in the NFL!