Week 13 in the NFL season has brought us extremely close to figuring out the bulk of the playoff picture in both conferences. Eliminations from the postseason occurred across the league while one team actually managed to secure a playoff berth. Oh, and we had Thanksgiving Day games as well! Let’s get to all of these happenings in The Final Drive!

Thanksgiving started out looking like the Packers were prime to upset the Lions, with three early turnovers coming in this game. But then the Lions’ front four started their domination and shut down Matt Flynn and the stagnant Packer offense. If Aaron Rodgers doesn’t come back this next game, the Packers are down and out.

So it wasn’t a total snooze-fest. In fact, the first twelve seconds of this game was thrilling, with Dallas fumbling the opening kickoff, which the Raiders returned for a touchdown. But the Cowboys didn’t panic. Instead, the fed the rock to Lance Dunbar and DeMarcu Murray, who had three rushing scores on the day. If Dallas maintains a running game, they can be touch to beat, especially with a turnover-forcing defense. Jerry Jones’ team is still in first place in the NFC East. 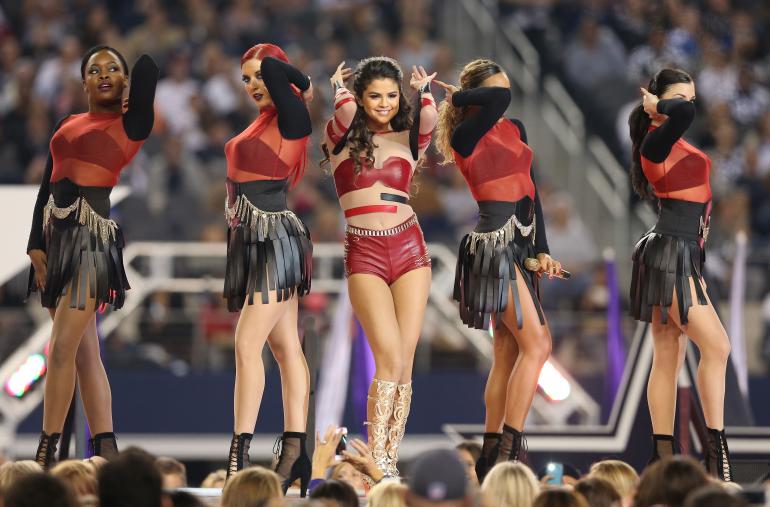 And Selena Gomez wore this during her halftime performance. I mean, sure.

Lucky for us, this AFC North divisional contest brought us another memorable Thanksgiving moment, courtesy of Mike Tomlin’s sideline antics. Like former Jets assistant Sal Alosi, the Steeler head coach got in the way of a kickoff return that was surely headed for the endzone without his interference. He’s gonna get fined, we all know it. Especially now that we have this other angle where he clearly sidesteps into Jones’ path…

Brandon Weeden suffered a concussion in this game and Jason Campbell hasn’t been cleared for practice yet. So… the Browns are totes boned. And the Jaguars have been eliminated from the postseason. SURPRISE!!!

It may have only been the result of four field goals, but the Colts finally produced consistent offense in the first half. Some of that had to do with the demotion of Trent Richardson, meaning Donald Brown rightfully earned the starting running back spot. This was the last true danger for the Colts in terms of the division race. They’re three games up on the Titans and swept them in the season series. Now they have to keep improving or they’ll be an early out come January.

Geno Smith continued his sucktastically ineffective ways… until he was benched for back-up Matt Simms. Yikes. Simms didn’t fare much better, throwing an interception and losing a fumble. The Dolphins took advantage of the Jets poor offensive output and dedicated themselves to the ground game with 36 attempts. They controlled the time of possession nearly two to one, which didn’t leave any time for New York to put up anything more than a field goal. Let’s just say the Jets suck now, mkay?

Add three more touchdowns to Nick Foles’ immaculate 2013 record. While Philly’s quarterback was busy not turning the ball over, Arizona’s didn’t have the same luck. Carson Palmer reverted back to old Carson Palmer, throwing two interceptions and fumbling the ball once. Arizona’s defense is good, but it’s not so spectacular as to overcome three turnovers. That needs to be cleaned up if the Cardinals are going to make it into the postseason.

This is the type of performance we’ve come to expect from the Panthers while on this winning streak. Tampa is a bad team and Carolina beat them handily, as they should. It was also promising to see the Panther offense pick up the pace again, even without DeAngelo Williams on the field. (They still had 163 yards rushing against the Buccaneer front seven.) At 9-3 and with two games against the Saints coming up, the Panthers are a severe threat for the NFC South title. The Bucs aren’t, by the way.

These Patriots sure do enjoy their drama, don’t they? New England fell behind early in this game, only to rally behind Tom Brady late. I’m the Pats would have preferred to gain more than 88 rushing yards, but Brady had a tremendous day throwing to Rob Gronkowski. New England’s offense looks nearly at full force, aside from some fumbling running backs. And the Texans? Yeah… they lost their tenth straight game. They really are going to end up with that number one pick, aren’t they?

Like I said, someone would win this game and no one would care. Atlanta was eliminated from the playoffs, so this win honestly just makes their draft position worse. Way to find the negative in a positive there, Atlanta.

This is what happens when Kellen Clemens goes up against a respectable defense. The Rams running game was held in check and they weren’t allowed to control the clock. And then they only scored 13 points. Meanwhile, the Niner offensive is starting to click, especially now that Michael Crabtree is back on the active roster. He only had two catches, but the receiver’s presence was known. San Francisco owns the sixth seed in the NFC at the moment, but a lot can change in the next few weeks.

At one point in this game the Chiefs were up by 14 points and Peyton Manning had thrown two interceptions. But that trend wasn’t to continue as the Broncos pulled out the road win at Arrowhead Stadium. And now the Chiefs are simply playing it out for a wild card spot. I don’t expect the Broncos to fall behind them at any point here down the stretch… which might be a bad thing. I like Manning when he stays in a rhythm, not when he’s got a week off and has to play in cold weather.

Andy Dalton aggravates me, and I’m not even a Bengals fan! But he delivered a “workmanlike performance that won the game” according to Bengals fan Bryan. With an 8-4 record and a stout defense, Cincy is all set for a trip to the postseason as the AFC North representative. And San Diego played themselves out the playoffs with three turnovers and a weak running game. Seeya next season. (They’re not actually eliminated, FYI. But they might as well be.)

The way NBC was soiling their pants over this game you’d think it was between the two teams that are actually in the hunt for the NFC East title. It wasn’t. Washington, now out of the playoffs, looked ready to pound the Giants into submission with their running game, but New York rebounded behind stand-out performances from linebacker Jon Beason and d-lineman Justin Tuck. And that total clusterfuck of an ending didn’t hurt either. The head referee has to call an official timeout if there’s confusion about the down and distance measurements. Otherwise no one’s on the same page and chaos ensues. Like it did.

This lady knows what I’m talking about.

This game was all about the Seahawks almost as soon as it started, with a Seahawk strip/sack/TD return off Drew Brees in the first quarter. Seattle imposed their will all over the Saints’ faces, nearly ensuring that the Seahawks will have home field advantage throughout the NFC playoffs. Oh yeah, and they clinched a playoff berth. Who’s looking forward to traveling to Seattle in January? NO ONE. The Saints aren’t done yet, but their schedule stays tough from here on out.

And that’s all I have for you this week! I’m gonna sit back and relax for five minutes before week fourteen gets started. Come on back for more Mostly Average posts!