When the camera pulled back to show us the busy streets of Venezuela, I knew season two was over. I could finally relax and know that someone had survived that past two episodes, where characters important or otherwise were leaving the living at an alarming rate. After eight hour-long episodes and one 30-minute overtime, what can we really say about True Detective’s sophomore season?

The series has one common theme: you can’t purge the corruption.

Season one saw Rust and Marty finally solve that one pesky murder from 1995, assigning the blame to a bastard relative of a nearly-untouchable Louisianan. It was clear corruption abounded within the state and local government, but that couldn’t be helped. Instead, they found solace in knowing that they at least got “their guy.” Season two saw a trio of true detectives (Colin Farrell’s Ray Velcoro, Rachel McAdam’s Antigone Bezzerides, Taylor Kitsch’s Paul Woodrugh) take on the poisoned city of Vinci, a made-up town that features a combination of Deadwood’s residents and the urban landscape of Robocop’s Detroit. They were basically screwed from the get-go, even Ray, who started dirty! Only if everything went their way would they all survive and get a happy ending. Spoiler: none of that happened.

It wasn’t about the killer. 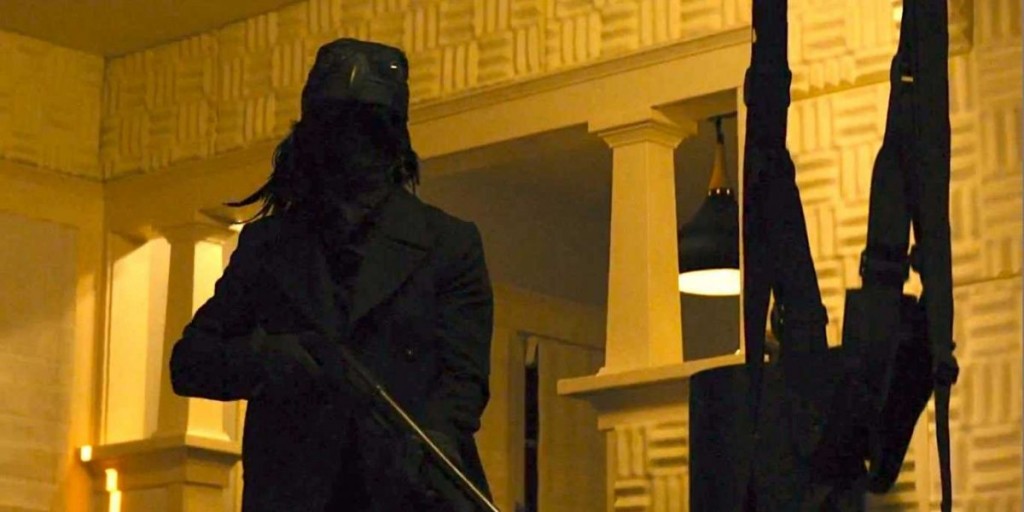 So far in True Detective, the killers are apparently mentioned/shown in passing by episode four and swung back to later in a usually complex or baffling series of jumps and assumptions. A picture of a freshly painted green house managed to lead our first detectives toward a green-eared creeper. Similarly, a photo of a not-so-swanky sex party aimed Velcoro and Bezzerides towards…the secretary (cue dramatic music)… and her brother. Their parents being murdered in cold blood by corrupt cops back in 1992 (a decade where writer Nic Pizzolatto likes to place his formative events) set everything in motion. That the killer’s reveal felt like an afterthought says a great deal about the season’s lack of focus. Oh, her brother did it? Great. Well, get her out of town and hopefully we can solve the real problem here: the total and utter rotting carcass of authority in Vinci.

Too Many Characters to Not Care About

Oh god. Everyone was depressing. Each character had some major aspect of themselves that was a handicap for them the entire season. Ray had a kid. Paul was closeted. Frank used to be a bad guy. Ani was a woman. HOW CAN THEY POSSIBLY LIVE AND BALANCE THESE THINGS?

Unlike Rust and Marty’s occasionally hilarious banter, season two’s central characters were so so unlikable, whether in a group or on their own. For example, I can legitimately say that my biggest laugh this season came as Ray was beat the snot out of his son’s bully’s dad.

This was a close second.

No one made a smart choice. They all treated everyone around them like shit, aside from Frank, who got screwed by everyone anyway. By the end of the season, who was I supposed to care about?

Taylor Kitsch’s Woodrugh shot his way out of a subway station’s terrible odds, only to be capped by a dude who happened to be standing next to the door Kitsch chose for his escape. Was there only one door? Or did this asshole get lucky? Whatever. Cut to Woodrugh’s fiance smiling and embracing the idea of motherhood after being forced to endure a tiny hotel room with his terrible mother. Dude didn’t even know he got lucky on that one.

After spending countless scenes trying to scare us off of him, Nic gave Frank Semyon a properly depressing and nonsensical death. Yes, he survived the gas-filled shootout the night before, but he apparently didn’t watch his tail enough. All the car-switching and secret bar-living didn’t keep the angry Mexican gang from boxing him in on the street. And even with his red-headed lady safely on her way to freedom, he chose to assault some asshole instead of just letting them leave, prompting a good ole’ stab to the kidney. Yeah, he was sorta in the middle of nowhere, but I definitely saw some houses/establishments in the area. He just wasn’t walking towards any of them for some reason. He was walking just so we could see him pass his memories by and then die not once, but twice. Way to tease us Nic.

His death was payback for all his pretentious dialogue.

Farrell’s Velcoro was doing better for himself as the finale drew to a close. He had a loaded gun and had already killed two of the highly-armed troopers stalking his movements. Then suddenly, he gets the silly idea to let them kill him and “end it,” never mind the idea that he could have maybe continued to pick them off and actually escape with the money. But no, that’s not how this needed to happen. He had to find a smidgen of happiness with McAdams. His heartfelt voice recording to his son had to fail to upload. We had to find out that he was actually that kid’s father all along. So he had to die, clearly. WE SHALL HAVE TRAGEDY, DAMMIT.

Rachel McAdams’ Bezzerides probably gets the worst ending: she gets to raise Ray’s ginger kid on her own in Venezuela. Well, to be fair she probably passes that off to Jordan, Frank’s wife, who escaped so she could be the mom to the kid she can never have. Yeah, that’s fitting.

Basically, no one wins. At all.

If you’re following my line of complaints (a task which is hopefully easier than following the show), the main problem I had in season two was the writing. That means I can honestly say Pizzolatto himself was my central issue. Basically, season two felt like Nic was trying to respond to all of the critiques of season one… at the same time. Or like he was flipping us all off and writing whatever he wants now that he’s got all that sweet-ass HBO money. One of the taglines for this season was “We get the world we deserve.” The same could be said for season two, only I’m not sure what we did to deserve such aggravation.

The ending scene, with the two females walking through the crowd, was a memorable one. It also seemed to be Nic’s way of telling the audience “Look at these STRONG female characters I wrote! And you KNOW they’re strong because they survived!” Never mind the reason they’re even in Venezuela is because MEN told them to be there and neither of them seem like the type to leave shit behind. It took three minutes of convincing on a train station bench for Jordan to leave Frank behind. Ani got a thirty second phone call, which was somehow enough to not go home and get ALL HER KNIVES and start slicing and dicing. Both of these women wanted to stay and FINISH things but left instead, giving us a “happy ending” that felt neither happy or like an ending. Then again, this is from the guy who states pretty clearly in this season “everything is fucking.” We should have known better. Almost everyone woman in this show was popping out Colin Farrell’s babies or a fancy-party hooker. Hm. Probably not the best way to redeem yourself.

With all the publicity surrounding this season (good or bad), it’s almost a foregone conclusion that a third season is on the way, as long as Nic wants to write it. That leaves us to decide if we even want to watch it. I’ll get back to you on that one.