Monday was full of more quarterback news than normal in the NFL, with releases and signings making headlines. I won’t leave you uninformed my little poopsies. Here’s what happened under center today. 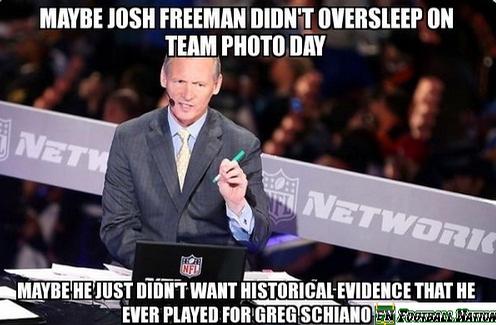 And the saga continues…

News broke late Sunday night that former Buccaneer QB Josh Freeman had signed with the Minnesota Vikings, ending the tumult that has checkered his short season with the Buccaneers. Freeman joins a crowded quarterback depth chart that features veteran Matt Cassel and the always proving himself Christian Ponder. Freeman will make just over $2 million from the Vikings this season, in addition to the $6.2 million he is still owed from the Buccaneers. (Not too shabby.)

Freeman signed a one-year deal with the Vikings, ensuring that he will hit the open market again just before the quarterback-heavy draft class comes in. With a higher base salary than Cassel or Ponder, the Vikings are making it clear that Freeman will start at some point this season. It won’t be this weekend, but by week ten I would expect to see Josh under center, auditioning for the Vikings as well as the rest of the league.

It’s a cheap gamble for the Vikings, who haven’t found their franchise quarterback. It’s probably not Ponder, and Cassel is nothing more than just a stop-gap. Freeman might have more raw talent than either of them, so by all means, the Vikings owe it to themselves to take a look. 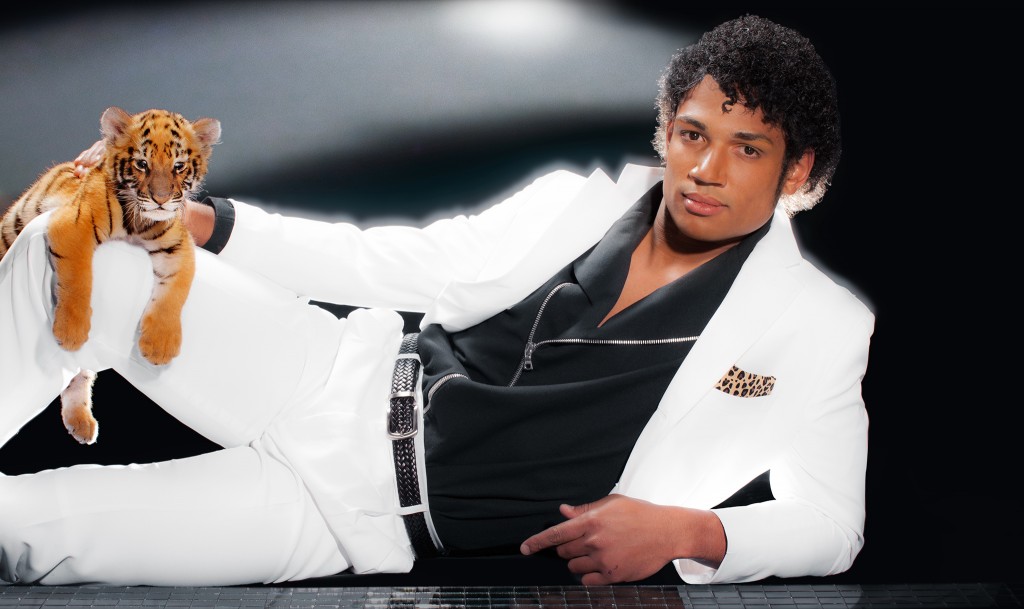 And we all owe it to ourselves to look at this. Yes, this is Josh Freeman recreating the cover to Michael Jackson’s Thriller. It happened.

I’m just stunned that the Raiders continue to make these kinds of mistakes with their roster. Wasn’t this type of short-sighted maneuvering supposed to stop? They traded away a fifth round pick in the offseason in order to acquire Flynn from the Seahawks. Then they increased his pay and made him the de facto starter. Now that they’ve seen a bit of Pryor, they’re releasing Flynn and getting nothing for their investment.

For Flynn, this is a greta opportunity to get Oakland’s money and RUN THE HELL OUT OF THERE. As to his possible destinations? Maybe Buffalo, who isn’t done making moves at QB. Cleveland might take a look at him, but I’m not sure he’s a better back-up than Jason Campbell. Why not head back to Green Bay where he backed up Aaron Rodgers? They need a bench-warmer, STAT! And it’s not like Flynn needs the money. He’s made mad bank in two seasons with barely any game action. 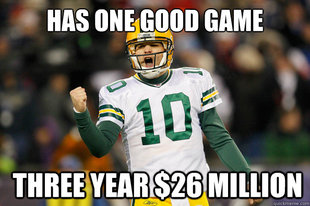 This an indictment of undrafted rookie Jeff Tuel. Because he looked like nothing that could be considered an answer when he came in for E.J. Manuel on Thursday night. Buffalo’s back-up QB situation is a nightmare, so the team elevating Lewis from practice squaddie to starter is not that surprising. He’s more game ready than Tuel is. He’s started one game in his NFL career. And he’s more game ready.

This is essentially a free look for the Eagles, who get another shot to evaluate Nick Foles against a team that isn’t the dreadful Giants. Foles came in and performed well enough against the G-Men, but let’s face it, they aren’t a test for anyone right now. Vick should be the starter when he gets back unless Foles really impresses Chip Kelly. At 2-3 and in a tie atop the division, the Eagles actually have something to lose if Foles struggles. They’re playing Dallas Sunday night for the lead in the NFC East. No pressure Nick.

Okay, back to Monday Night Football! Check back tomorrow for The Final Drive of week five in the NFL!