I’ll freely admit it. I love Katy Perry. (So much that she’ll probably be the first “Gal of the Week/Month/Whatever I Decide” once I get that section up and running.) I’ve been waiting her third studio album for some time now, despite the small fresh tidbits that accompanied Teenage Dream: The Complete Confection.

So today when her new album Prism was announced, you can imagine my reaction. What you probably can’t imagine is how she announced it. Well, thanks to Adam Lambert, we know. 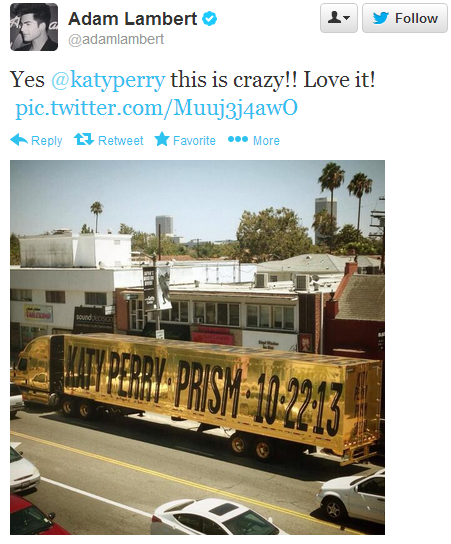 As Perry later expressed on her own Twitter account, this is all part of the brilliant marketing campaign for Prism.

All of the Perry fanatics will snap shots of this truck as it passes through their town and she’ll share them with her bazillion followers. Sounds like easy marketing to me! (If someone can let me know when it comes through Chicago, I’d appreciate it. I’m going to jump on top and ride it back to Katy.)

And I’d like to thank the Pop Gods for allowing me the pleasure of another Katy Perry album. Cotton Candy Pop here I come! 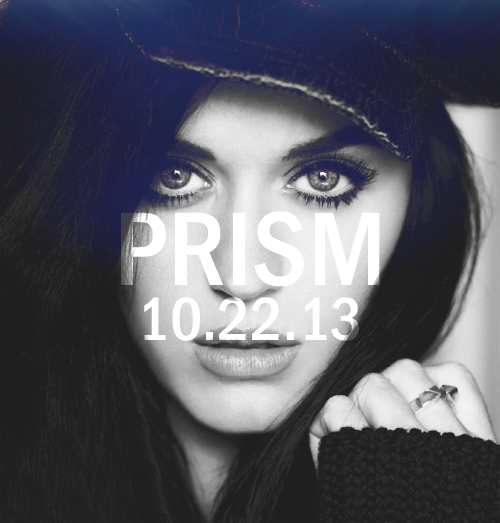