After a well-placed tease on Monday made fans everywhere think they’d be treated to a shot of the Batmobile on Tuesday, Batman vs. Superman (is that what we’re calling it still?) director Zack Synder also released the first image of Ben Affleck as Batman! It may be monochromatic, but what do I care? It’s HOT. 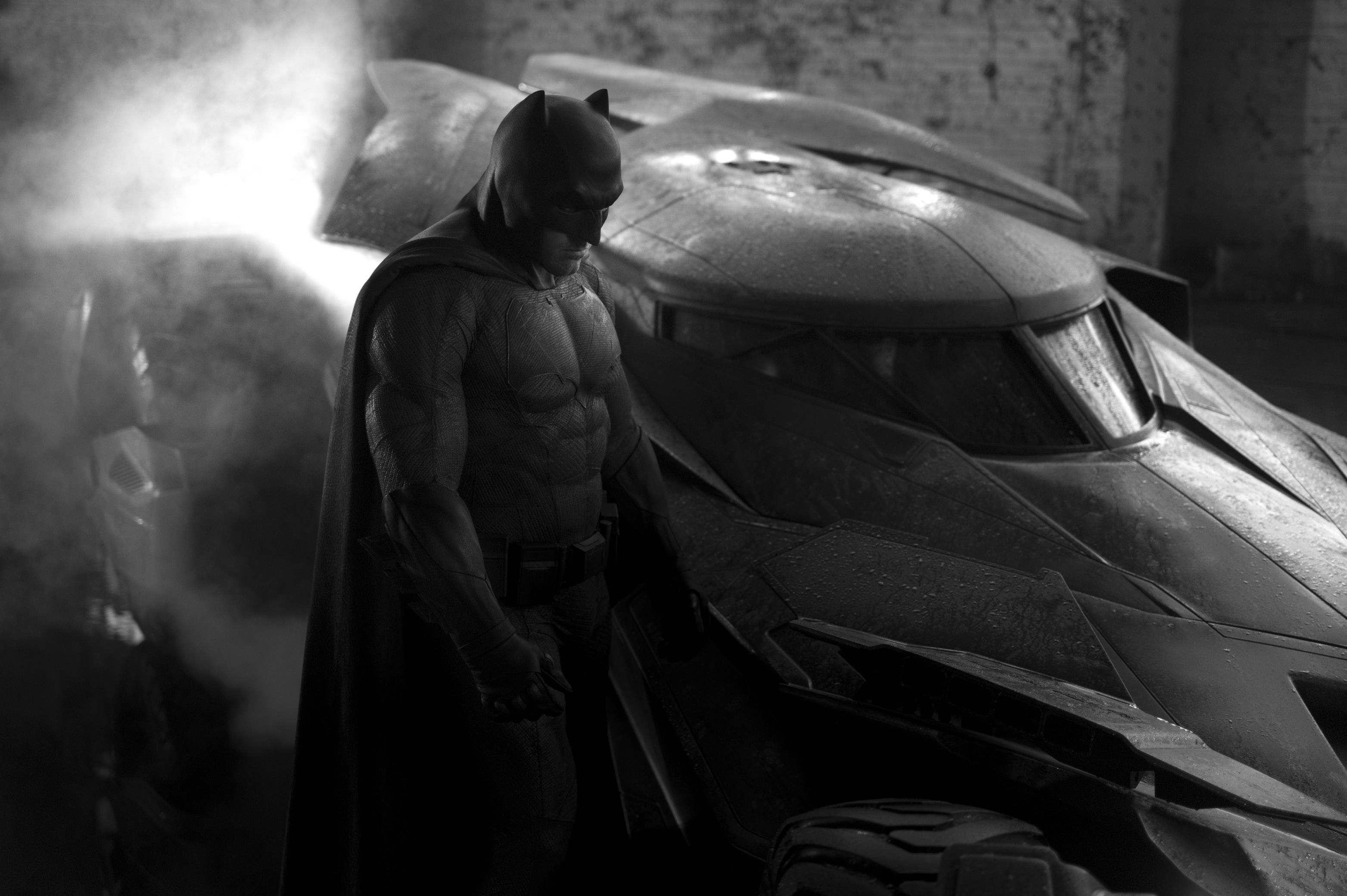 Just LOOK AT IT. I can see what Kevin Smith was talking about when he said we haven’t seen any costume like this before on screen. This will be the closest to the comic books Batman has ever looked in a movie. And look at the texture! I’ve seen a lot of sites assume that its replicating a vein structure, but it really doesn’t appear that way to me. It looks more like a mesh outer later with patterned and raised piping or stitching.

The suit appears to be a cross between the Dark Knight Returns outfit designed by Frank Miller: 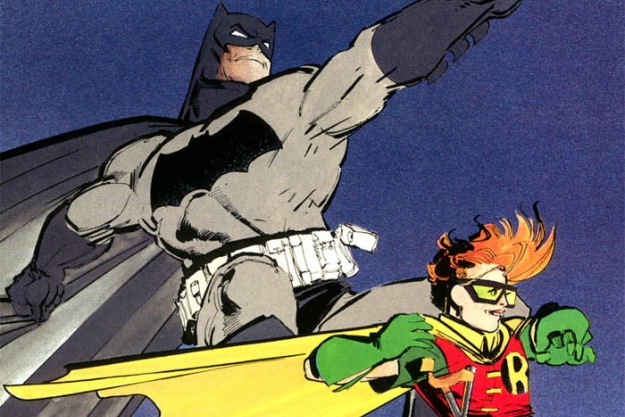 Note the GIANT bat-symbol on the chest.

And the New 52 costume designed by Jim Lee: 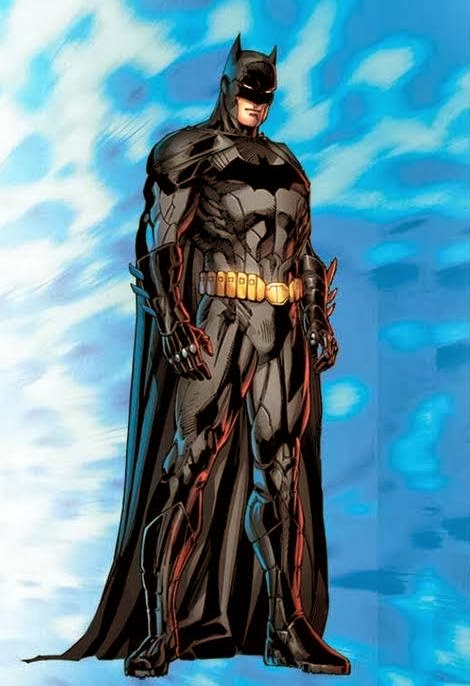 Piping in the suit.

I’ll spare you the hyperbole: It looks god-damn amazing. I can only hope it’s blue, like this well-done photoshopping: 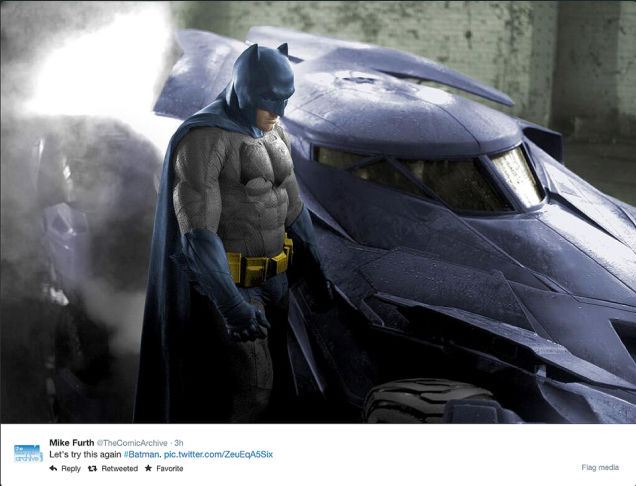 If I can get that costume in a movie, I’ll be a happy Bat-fan. We’ve had more than enough of the black rubber suits/tactical gear. It’s time to get back to the roots. (Not the Adam West roots though.)