So the non-stop nerd news marathon that is San Diego’s Comic-Con had its standard share of surprises and teases over the weekend. None may have been bigger than the 15 seconds of teaser footage shown from Batman v. Superman: Dawn of Justice. It was uploaded to the ole’ YouTube several times, but it looks like all the links were taken down or removed within a day or so. (Those WB lawyers know how to milk the excitement.) Well, one of my longest friends (and followers of the site!) sent me the link lightning quick so I could squee myself. (Thanks Kelly!) The footage was shown during a panel with director Zack Snyder and the film’s stars Ben Affleck (who looked HUGE), Henry Cavill, and Gal Gadot.

Here’s what happened in the brief teaser:

On a dark and rainy rooftop, we see an armored figure pull the tarp off a piece of electrical equipment. There’s a close-up of his face and it’s Batman in full-on Dark Knight Returns-style battle gear, complete with glowing white eyes. Then he forces down a lever and sparks fly, lighting up what is now clearly the Bat-signal. It shines in the grim sky, and then we see the outline of a figure floating in its light path. It’s Superman. And he looks angry. His eyes begin to glow a fiery red. The camera cuts back to Batman, as lightning cuts across the sky.

If you saw one of the handi-cam videos from the panel floor, you know that the fans absolutely lost their collective shit when Supes’ eyes lit up with all that heat visiony rage. And honestly, I piddled a little too. There’s a lot of Frank Miller in that 15 seconds of footage. But I was just excited to see ANYTHING. Seriously. I don’t even know if this semi-CGI teaser will even show up in the movie, but it was badass.

That wasn’t the only BvS-related happening this weekend! WB released the first full picture of Gal Gadot as Wonder Woman to their Facebook page! 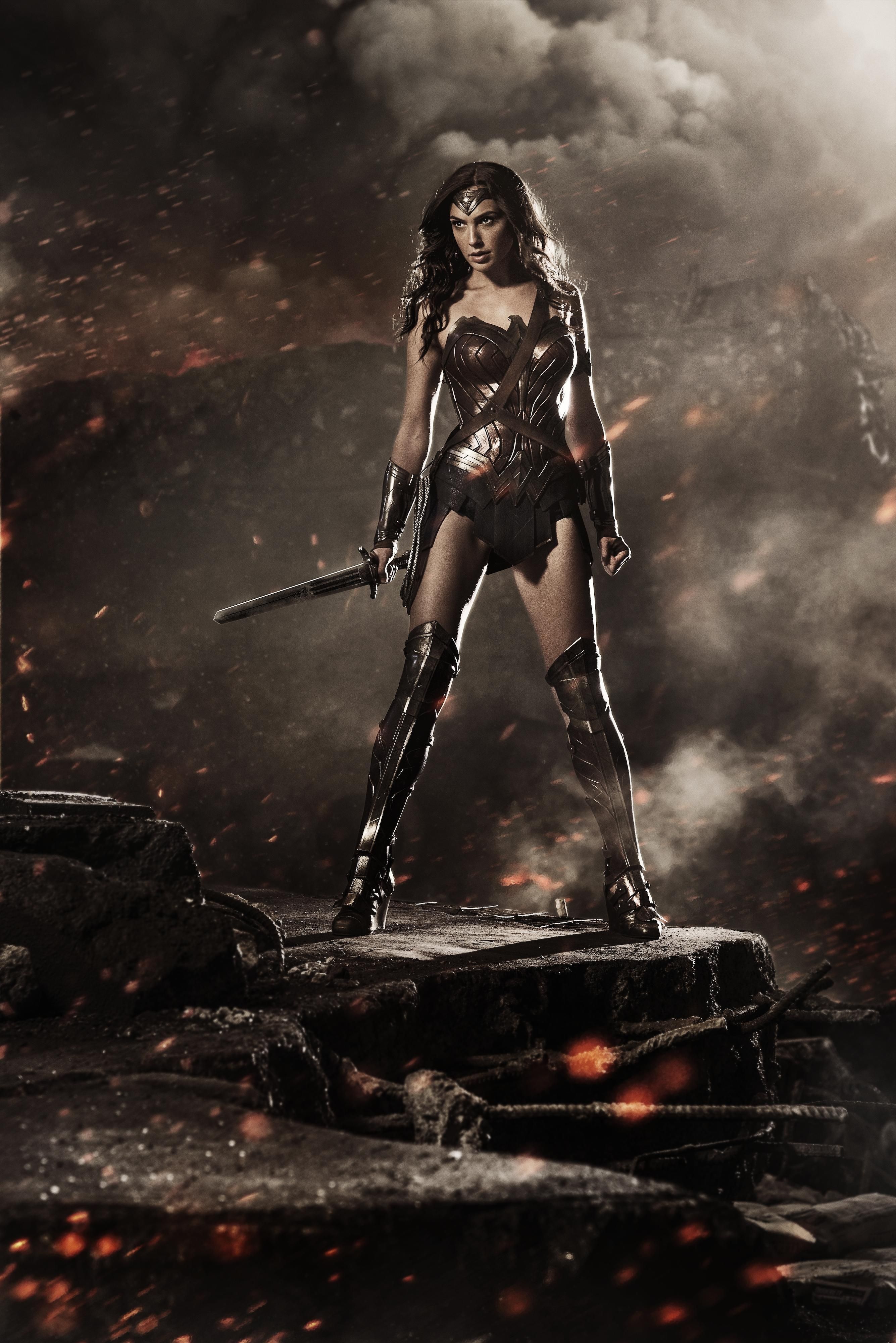 I love it. Could it use another strap (ya know, one that looks functional)? Sure. It looks like it’s been colorized to fit in with the “dark and gritty” color scheme, but it’s hard to tell in whatever oddly-lit rubbled-up scene this is. But hey, she looks great and ready to kick ass and take names. (Also, like Xena. Just FYI.)

In my glee, I showed the picture to my girlfriend. Because I’m flipping out about it. Everyone should! One of her first comments was “She’s wearing heels, what a surprise.” And I have to say, I didn’t even notice that on first glance. Footwear is usually not remotely in my “giving a shit” radius. That being said, I can see the issue. I imagine they implemented the wedge heels at least partially as a practical matter, just to give Gadot a little size boost. She’s 5’9″, so this will get her closer to six feet. But I will argue that in the promotional materials they at least could have pretended she’s not wearing ankle-breaking wedges.

There’s a lot to go through in regards to this costume. It doesn’t need to be full body-armor, for those that are complaining. Wonder Woman isn’t a delicate flower requiring full protection. She’s got that super-strength and invulnerability, yo. Still, it does feed into the typical yet out-dated notion of female-superhero costumes that reveal way more skin than any dude’s outfit ever would. I guess I’d equate this more to the 300-style of armor. Less armor means less material that gets in the way of cracking skulls and swinging swords. She’ll be quick and agile in combat, not some lumbering brute like Bats in his armor.

But can we not body-shame the lady for being “too thin?” She’s got enough muscle. I’ve seen countless versions of Wonder Woman drawn with that amount of definition. She wasn’t exactly built like a tank in her first appearance. Ya’ll internet users are CA-razy. Anyways, I’m way off topic here. (Well, sorta.) 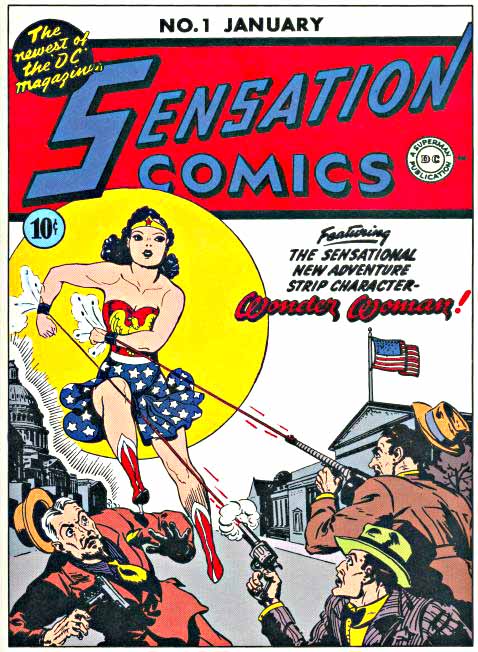 I’m excited for this movie and even more fan-crazed now that I’ve seen Diana battle-ready. Share your thoughts below! Unless it’s just rampant nay-saying. I don’t need you dampening my super-spirits.