This game had an hour and fifty-three minute weather delay, a surface full of divots, and a last-second win in overtime. It was one to remember, or more likely, to forget. A contest that took over five hours to complete ended with a 38-yard field goal from Robbie Gould, putting the Bears at 6-4. Let’s review their latest win!

Matt Forte. All. Day. His 83 yards rushing and 42 yards receiving was the bulk of Chicago’s offense on the day. And it was smart strategy by Trestman, who (for the most part) took the conservative approach on offense, letting McCown manage the game, which he did in spite of drops from his receivers.

Chicago’s defense was stout enough against the pass, ensuring no Torrey Smith bombs would be completed. But you have to credit the weather as well. No deep balls were going to find their target in that wind, as we saw on the Bostic interception. 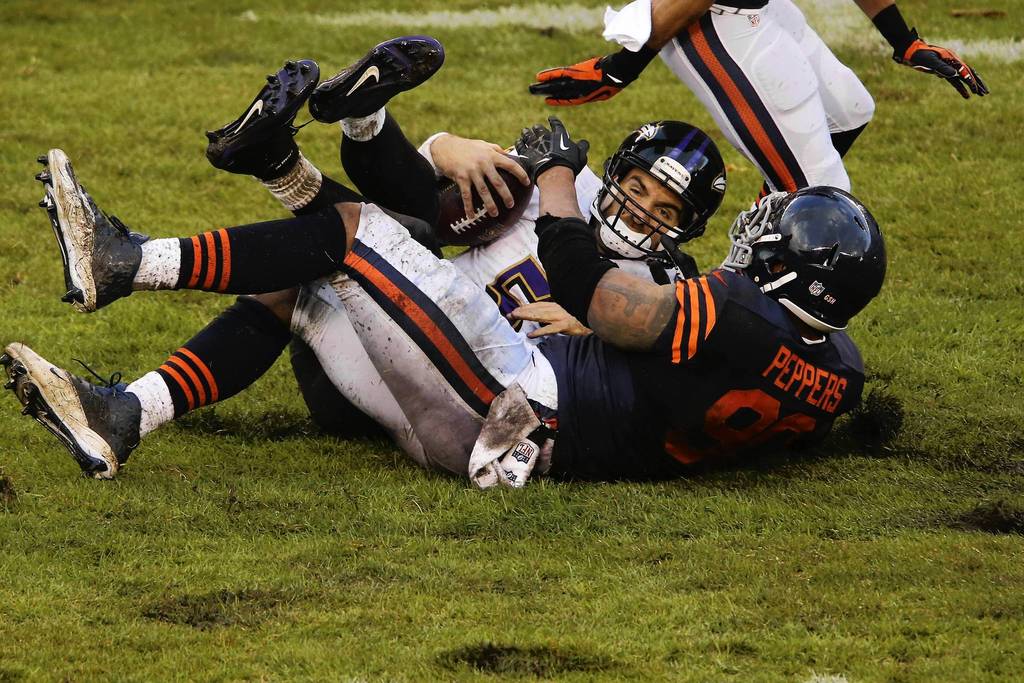 Chicago’s rushing defense. Remember how I thought before the game that Ray Rice wouldn’t break out of his slump? Yeah, I was wrong. That happened. Rice racked up 131 yards on 25 carries, a 5.2 yard average. On a day when offenses clearly tried to not test the wind by throwing the ball, letting a running back torch you like that is unacceptable.

Uh… when Robbie kicked the field goal? This game was very back-and-forth, with “momentum swings” coming every ten minutes. But the defense’s stand against the Ravens on their first overtime series is what swung it back over to Chicago. Following the collapse on Baltimore’s overtime forcing field goal drive, it was great to see Mel Tucker’s unit come back out and correct their mistake.

Other notes of note:

-Alright, can we finally decide on replacing the grass at Soldier Field? It was atrocious after all the rain and inclement weather today. Players were slipping all over the field and tearing up chunks of turf as they tried to cut. A change is necessary before one of these turf slips leads to a major injury for a superstar. Ya know, one of those players the team has a lot of money invested in. Just a thought.

-Obviously the predominant storyline coming out of Chicago is the tornado that touched down near Frankfort, and all the strong storms that scattered the area and delayed the game. Good job by the Soldier Field crew getting all of the fans to safety and under cover as things got ugly. I hope everyone’s okay. 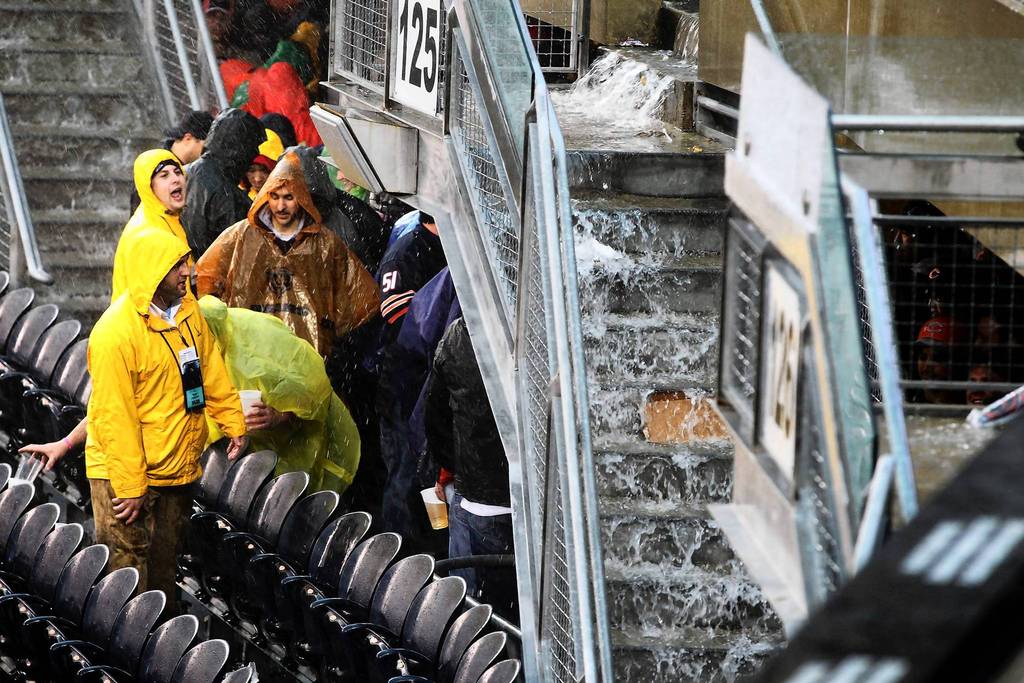 -Had they not won, the Bears’ six goal-to-go plays that only resulted on a field goal  in the second quarter would have been a sticking point for me. How many outside throws in tight coverage can you force? A run or two would have been nice, as opposed to trusting McCown’s arm strength/accuracy in that wind.

At 6-4, the Bears are now tied (sorta) with the Detroit Lions, who lost today to the Steelers. That means these next two games (both on the road) versus the Rams and Vikings could help push them into first place going down the stretch. Chicago needs to pull ahead of Detroit in the win column, because they’re not winning any ties. Thankfully, Marc Trestman’s squad pulled out an ugly win at home. Now we can all relax and wait until next weekend to flip out. (God I hope Jay comes back soon.)

I’m honestly just glad this game ended. I WANTED TO WATCH OTHER FOOTBALL TODAY GUYS. Stop hogging all my attention!