After taking cornerback Kyle Fuller in the first round of the NFL Draft, GM Phil Emery came back to work Friday and Saturday and made a concerted effort to turn his defense around. But like a well-rounded draft, Emery’s process wasn’t focused on just one side of the ball. Let’s delve into the Bears’ seven picks made over days two and three of the NFL Draft. 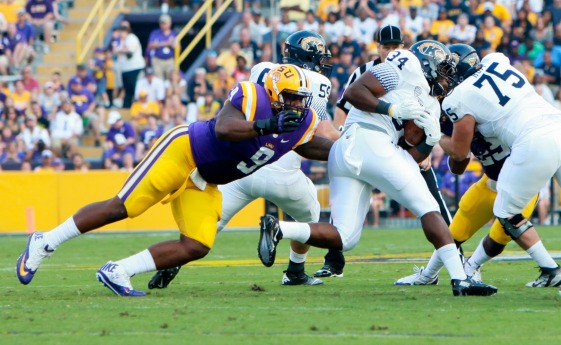 General Manager Phil Emery had one area of focus in rounds two and three of the NFL Draft: loading up at defensive tackle. And yes, this dude’s name is “Ego.” And he’s actually Ego Ferguson the second. I can’t make this stuff up. Mel Kiper’s immediate reaction stuck out to me, when he said it’s a “major reach” at that point in the draft. Kiper and Todd McShay had Ferguson graded as a fourth round prospect, but Emery saw something that made him worth the second round choice. He’s disruptive at 6’2″ and 315 lbs, but he’s described as an average at best pass rusher. He didn’t work out at the combine because of an ankle injury.

Sutton had great tape from 2012 with 23.5 tackles for loss and 13 sacks, but his 2013 season was lackluster because he was out of shape. Scouts pegged him as too heavy for a three technique defensive tackle, which is exactly where he’d fit in the Bears’ 4-3 scheme. They’ll need to make sure he slims down and stays there, He says he’s at 290 lbs. right now, and that he thinks that’s the weight at which the Bears want him. With the weight questions naturally comes questions regarding his motor and competitiveness. He’s only 6’0″, which makes him short as defensive tackles go.

Emery overhauled the interior of his defensive line with two picks, adding depth that matches the body count, if not the experience, that the edges possess. Ferguson may have been a reach, but if these two rookies can come in and provide the energy the team needs at the position, things will be just fine.

In the fourth round the Bears finally took an offensive player! Carey will serve as the likely back-up to Matt Forte, unless something totally derails his workouts and preseason activity. His skills as a runner are lauded, and for good reason. He’s not a burner, but he’s a workhorse that doesn’t fumble and makes tacklers pay for their physical contact. The reason he dropped to the fourth round is likely due to his numerous off-the-field issues which include dropped misdemeanor assault charges against his then-pregnant ex-girlfriend and a suspension stemming from an incident with a campus security officer. He apparently pulled the “Do you have any idea who I am card?” So… he’s maybe a bit of a douche. Keeping him on the straight and narrow will be this locker room’s responsibility. (After it being his own of course. He’s a professional adult now.)

The Bears traded back up into the fourth round to take Vereen, who is the younger brother of New England RB Shane Vereen. The Bears traded their fifth round picks this year and next year to Denver for their fourth rounder in 2014 as well as a 7th rounder (we’ll see that later). Brock has 4.47 speed at 6’0″ and 200 lbs. He’s not an ideal match-up for the large, athletic tight ends that are running the NFL these days, but he’s a smart free safety. He’s a rangy and versatile defender who can help out in run support. This season he’ll be a special teams and sub packages contributor to this Bears defense. 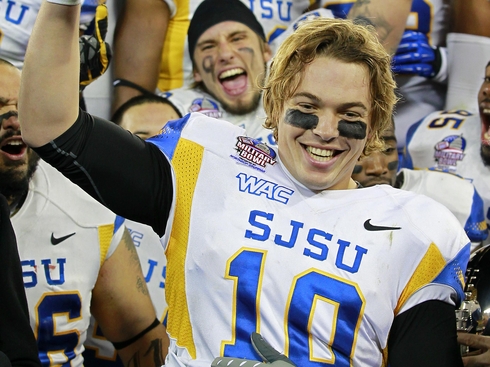 That Fales… such hair.

This is an interesting pick simply because Phil Emery recently came out and said that developing late-round quarterbacks rarely turns them into viable starters. The 6’2″ Fales only started for two seasons in college, making him a still relatively-raw talent. He’s noted as having “small hands” (so odd to say these things about a person) and he’s slightly under-sized at 6’2″. He has to work on his pocket presence and doesn’t have above average arm strength, but his character traits are apparently off the charts. He’s the kind of kid you’d want learning on your bench.

And the Bears drafted a punter. YEEHAW. This makes sense after cutting the underperforming Adam Podlesh. But I won’t sit here and talk about a punter for even one more sentence.

A developmental lineman! Leno’s size and frame (6’4″, 303 lbs, short torso) makes him a possibility at guard as well as at offensive tackle. He’s a three year starter with long arms and commedable effort in pass protection. He needs a lot of work (SO surprising for a 7th rounder), but with any luck he’ll progress into a high-end back-up that can play multiple positions. In late rounds its better to draft raw athleticism like Leno’s and hope to mold it into something useful. The Bears received this pick as part of the earlier trade with the Broncos.

As a final note, there were reports that the Bears were going to extend a collegiate free agent offer to Michael Sam had he gone undrafted. I was heavily rooting for Emery to pick the pass-rusher, but I’m glad the Rams took the shot at 249, three picks after the Bears’ final selection.

Now, there’s no way to grade this class out now. It’s pointless. But I can see the strategy behind some of these picks by Emery, whom I trust with the roster after the way he completely turned around the offense before the 2013 season. He’s earned my trust for now. What do you think of these picks? Sound off below!