So when I got home from work today and started to download the latest update to Injustice: Gods Among Us, I thought I was only getting new content along with the $4.99 Zatanna DLC.  But when I started picking random opponents against which to test her (she’s crazy cool, btdubs), I found something new in Superman’s skins. 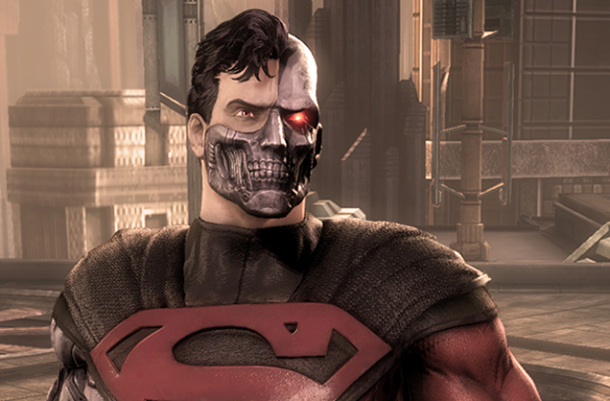 YES! The crazy, psycho, Coast City-destroying half-robot, half man version of Superman has found its way into NetherRealm’s fighting game. Now, while he’s not an entirely new playable character, he’s more along the lines of a ‘tweener a’la the John Stewart GL skin and The Arrow GA skin. He’s got some new lines and differentiated voice FX. And he looks badass. He plays with Superman’s move set and is hella-fun to whomp on, with his echoey/robotic grunts of pain.

Hank Henshaw made it into Injustice. Who’s next?