So maybe you missed that the 2014 NFL schedule was released just a few weeks ago. Maybe you’re in an NFL hibernation period and are focused on one of those other sports. Or maybe you’re just like a lot of fans who use their spring and summer periods to do things aside from pay attention to football news. (Slackers!) In any case, the schedules are here.

There’s always way too much analysis of these pre-draft schedule releases, which is just confusing. Why the hell would I predict a team’s record now, when I don’t even know the entire roster? I’d only be forced to adjust it following the draft, and even then it’s not logical to make predictions. Anyways, Bear fans should at least be cognizant of the schedule as long as they don’t use it to jump to silly conclusions. (Someone already told me he sees 12-4 in this schedule. For realz.) But unlike most of my posts, I’m not going to word you to death here. Instead, it’s time for a GIF-plosion of immense proportions! 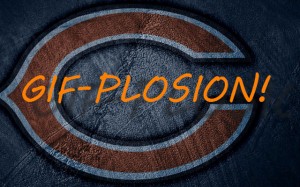 That text has a shadow! I’m like, clearly the best at design.

Below is the schedule broken down by week, which also takes into account the time/day of each game. (Obviously not accounting for possible flexes in later weeks.) There are barely any words to be read, only GIF’s that capture my probable emotional state before/during/after said game. A few have captions… but most are self-explanatory. Have at it!

I hope we see Geno SO bad.

The second of back-to-back games against teams after their bye weeks?

And I’ve already managed to depress myself. Who thought this post was a good idea?

Keep checking back this week for more NFL posts, including coverage of the upcoming NFL Draft!