Welcome back to Mostly Average Joe! I’ve taken a wee bit of time off lately so I can pretend to be social and all that crap. But no longer! I’m back to the grind. For those of you that have been following my blogging career for some time now (bless you little schmoopy muffins), you’ll recognize this post’s header.

If you don’t recognize AST, here’s the gist. Every week (or every post, because let’s face it, weekly is rough), I’m going to run through five or so pieces of auditory content that have been percolating my ear fluids. They can be albums, singles, podcasts, audio books, whatever. As long as it’s an aural medium, anything goes. Now let’s get to it!

*And you can just assume anything Katy Perry is also on this list, even if I don’t mention it. Because duh. 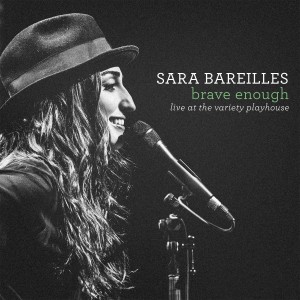 I’m usually not a huge fan of live albums. I mainly find them to be decent renditions of tracks I’ve already heard, but there’s usually not enough fresh material to get me to plop down any real money. This one was different, piquing my interest with the track listings. The popular piano-songstress croons, belts, and jokes her way through some of the best songs from her catalog on this album. There’s great crowd interaction as well, as Sara lets out some of the more foul-mouthed humor which I’ve come to know and love. As far as the tracks go, there’s plenty to love here as well.

Since this was recorded in May of 2013, this is one of the earlier live renditions of “Brave,” which was released just a month earlier. A smoky roadhouse version of “Come Round Soon” brings out Sara’s sultry side, with just an electric guitar in her hands. Covers of “Dock on the Bay” and “Bennie and the Jets” are fantastic, but her take on the Elton John classic “Yellow Brick Road” is worth the price of admission… or the price of the download. Whatever. You know what I mean. It’s really god damn good. This album hits all the right notes, especially if you’re already a fan of Miss Bareilles. 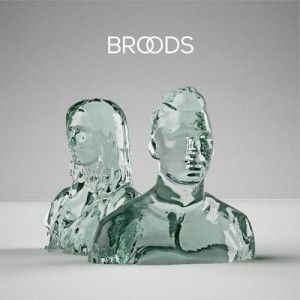 This brother and sister pop duo’s sound reminds me a bit of Imogen Heap’s entries back in the 2000’s. There are complex lyrics delivered through eerily calm harmonies and supported by pulsing beats. “Bridges” and “Never Gonna Change” are the singles currently heard on the radio, but “Pretty Things” may be my favorite track with the playful vocals of lead singer Georgia Nott. 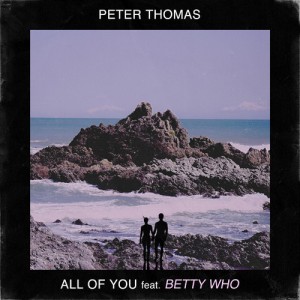 Peter Thomas
All of You (feat. Betty Who)

I finally started experimenting with different stations on my XM radio subscription. (Basically I had been stuck on ESPN, Alt Nation, Hits 1, NFL Radio, and the occasional floater of Octane or SiriusXM U.) Recently I discovered BPM, one of XM’s stations dedicated to EDM, which is where I discovered this gem. What initially drew my attention was Who’s vocals, to which a comparison can easily be drawn with Katy Perry. But I got hooked because of how much it makes my toes tap. (Also double fist pumping in the air. That too.) 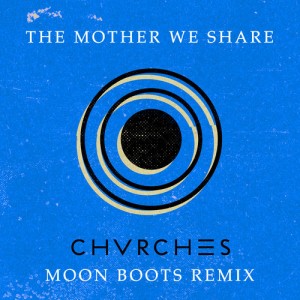 Speaking of trying new things, I finally broke down and signed up for Soundcloud. It was way easier than just remembering all the songs I wanted to listen to. It was there I started mulling about, finding recent remixes of my favorite tracks… like this one. Mr. Moon Boots took a song that was already outstanding (honestly, if not for an ex I would have crushed that track) and flipped it into something danceable that requires clapping at regular intervals. What he does with the vocal track is just incredible. 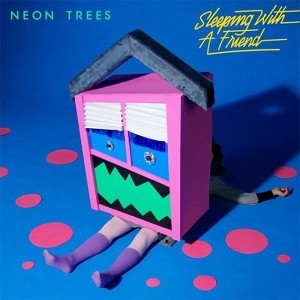 Neon Trees
Sleeping With A Friend

Staying on the alternative side of life, Neon Trees released this single a short time ago, the first track off their new album Pop Psychology. It instantly grabs your attention with its opening guitar riff and doesn’t let go thanks to it’s retro synthesizer and piano stylings. Tyler Glenn ain’t no slouch on the microphone either.

And there you have it! The first installment of Aural Sensitivity Training for MostlyAverageJoe.com! Come back for more posts soon and let me know if there’s anything YOU want me to listen to! I’m always down for new tunes!