If you’ve been a Mostly Average reader since it’s somewhat recent inception, you’ll know that my written interests extend only so far. My areas of focus? Football, video games, and Katy Perry. And wouldn’t you know, KP dropped an album earlier this week. PRISM is the popstress’ third studio release, following up the 2010 mega-smash hit Teenage Dream (and subsequent re-release with “The Complete Confection” sub-header). 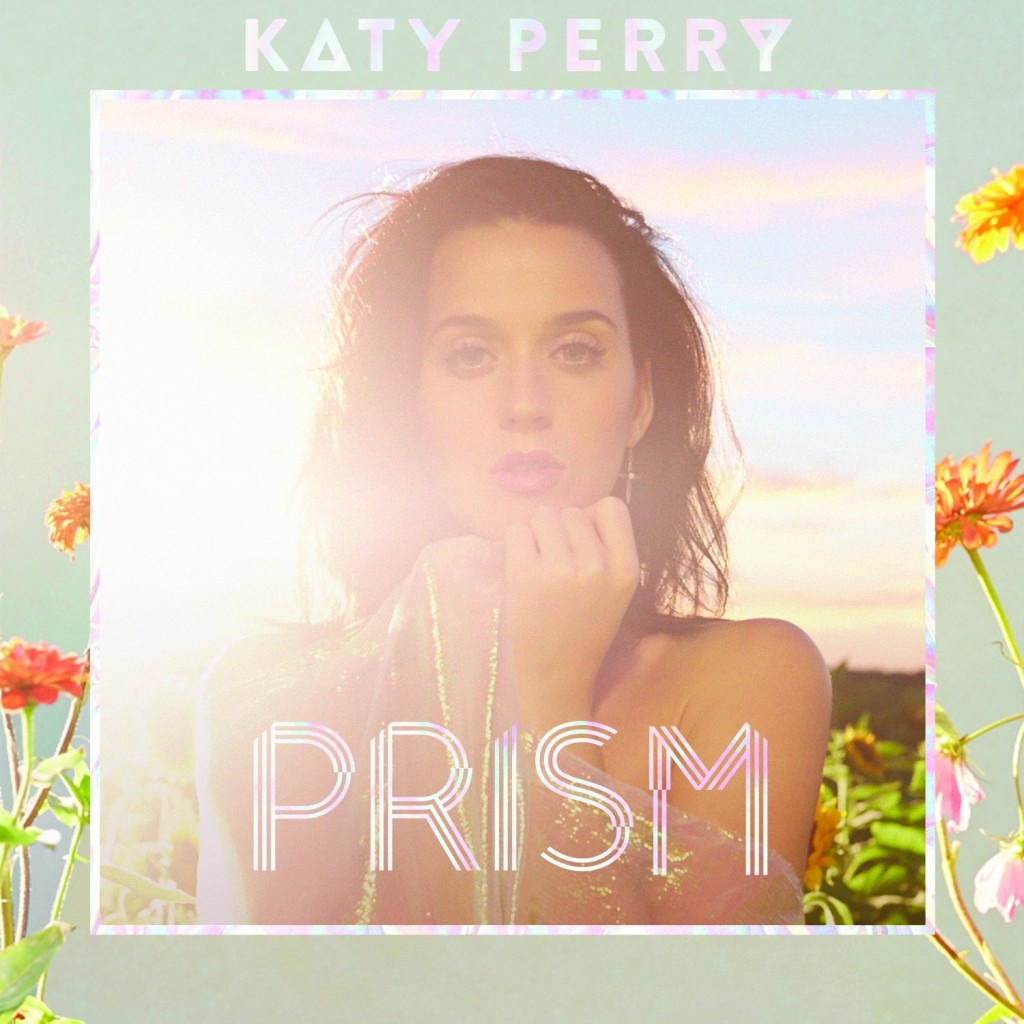 While Katy’s song-writing has taken dramatic steps forward, you can always count on a few things from her. She still takes common phrases and smushes them into catchy lyrics as metaphors or euphemisms but they don’t always fit well conceptually or rhyme spectacularly. But that’s not why you listen to Katy. You listen because her music is fun, poppy, and has goddamn catchy-as-hell hooks. This is the Katy Perry package, and PRISM presents the progression of this soaring pop star. (Alliteration FTW!) I’ll be reviewing the deluxe edition, complete with its two bonus tracks, fancy packaging, and PRISM seed paper. (That I’m apparently supposed to plant?)

PRISM kicks off with “Roar,” the number one single you’ve been hearing on the radio for so many weeks. And now that the video is constantly in my head as well, everything is vibrant colors and playful animals while this song is blaring through my ear canals.

On “Legendary Lovers” Perry is all about the karmic/metaphysical/epic descriptors, dropping Juliet, Cleopatra, scriptures, and “blood-orange” suns into this tune’s mix. An Indian-derived musical accompaniment on the bridge nails home her point. “Spiritual” takes a similar lyrical tone later on the album, tapping into some Madonna-style religiosity with church bell-like piano tolls. I imagine a video with weird horizontal pools of water that are being splashed through. Wait, what did I just say?

Funning it up, “Birthday” is the song I want played for every birthday I have for the rest of my life. Even if it isn’t quite a “birthday” song per se. Really, she’s merely stating that she’ll make every day feel like your birthday. But it’s still an outrageously fun track with adorable vocals. Also, I’m pretty convinced it’s a three minute and thirty-six seconds-long sex metaphor. She’s not particularly sly about it either. That is something that appeals to me. (Duh.) Her practiced use of euphemisms is in full-force for this song.

And now we get to “Walking on Air.” For those of you that didn’t see her recent SNL appearance, Perry performed “Roar” and then whipped out this little number for the encore. And you can watch it in all it’s sheet-filled glory.

Am I right? The song has a Euro-techno feel to it. It’s certainly a little Gaga-esque in its beat and extra vocalist that bookends the song, (Which I can’t place. Sounds almost exactly like one of the Gags’ tracks.) This quickly became my favorite song off PRISM. It’s got the perfect mix of slow-mo bridges, metaphors, and pulsing beats.

“Unconditionally” will probably end up being the ballad-single off PRISM, if there’s only one (I’d predict two). We all prefer happy-lovey Katy as opposed to angry-sad Katy. It’s not much of a contest. This song is Katy at her most “totes in love with you” stage, and it comes across delightfully.

On “Dark Horse,” Katy gets some assistance from Juicy J, who is not to be confused with Ray J. This is one of those songs where I’m unsure of the title phrase’s proper fitting. I really have no idea what “coming at you like a dark horse” means. That isn’t to say this track isn’t great though. It’s an “edgy” and unique stand-out from the rest of the album. It’s all about the dark beats… and horses… or something. Love it. Juicy’s insertion is better than some of the other guests Katy’s had in songs (like Kanye) and doesn’t seem as out of place. His rap fits right in nicely.

If I could call any song the next white girl party pop hit, it would obviously be “This is How We Do.” It’s all about going out after a night of partying and doing girl stuff. Like eating tacos… and checking out hotties. And getting your nails “did all Japanesey.” Perry is in rare form here. This is PRISM‘s “Last Friday Night.” She even uses the line “Mariah Carey-oke.” Brilliant! She needs to get all the credit in the world for that gem of a lyric. Real quick though, someone needs to help me out. Near the end of the song, the beat starts to fade out as the song begins to wrap up, at which point a crowd-addressing Katy asks the DJ to “bring the beat back.” So naturally, the bumps begin anew… only to be killed about 20 second later with the legitimate end of the song. Does that feel weird to anyone else? If I were to ask my DJ to “bring the beat back,” I would be sure to actually uh.. do something with it.

Just as bouncy is “International Smile,” which is so effing fun. It’s a great dance beat set against the relaying of the description of an “in demand” mystery woman that sounds like she’s living the same life as Perry. This and “This is How We Do” are prime candidates for singles.

Obviously are there some break-up-generated emotions flowing through some of the tracks. Perry’s split from Russell Brand came during the Teenage Dream tour and she’s been broken up with by John Mayer at least once, so there’s plenty of material to work with. “Ghost” will immediately ring home with anyone who sees the visage of their past lover around them. Especially if they’re a dick now. “By the Grace of God” describes Perry’s re-emergence from the surely troubled waters that was her divorce. Thanking her sister and how she was “laying on the bathroom floor” are nice and relate-able touches to a song that uplifts and inspires. (Might even be the second or third track to be released as a single.) I hope she can sit at a piano and wail this out on a stage someday soon. “Love Me” is all about the self-respect and positive feelings’ triumphs over insecurity and self-doubt. Gurls, get your confidence back.

And now we’re onto the two bonus tracks found in the deluxe edition. “It Takes Two” is an apology of sorts. But it’s one of those apologies that says “yeah, I can be a total bitch, but you’re still an asshole.” The final track, “Choose Your Battles” has an current-day Alanis-feel to it, mostly due to Perry’s lyrical intonations and pronunciations on its verses. There are driving instrumentals in its background, and by that I mean DRUMS BABY DRUMS. Both are quality additions and are not short on the time counter. They’re worth the extra couple bucks if you’re debating.

There are some less-than-stellar tracks on the record, but that’s not uncommon for any pop record (Perry’s batting average on this album is loads better than some other pop stars’ efforts.) “In This Moment” is fairly cut and paste. “Double Rainbow” has some straight-up 80’s slow-pop refrains but isn’t overly ground-breaking. However, for the most part PRISM is a proper evolution for Perry as an artist. It may not feature as many dance party-ready numbers as Teenage Dream, but Katy can’t be gumdrops and cotton candy all the time, as much as we may want her to be. On this release, she dives into the deep end of her emotional spectrum* and fans will be with her all the way.

So start looking through this PRISM and enjoy the view.

*That wasn’t a double entendre, just for the record.