After months of rampant rumors and speculation, Yankee third baseman Alex Rodriguez was finally… able to appeal his 211 game suspension. Because honestly, that’s all I’ve been waiting for. We’ve known he was going to get suspended for some time now. We’ve heard about MLB’s “evidence” that he bribed individuals to keep this secret and that he recruited for the Biogenesis traffickers. Now the initial sentence has been handed down, allowing Rodriguez to inevitably appeal it. The appeal will now go to arbitration, where a third party will decide the fairness of the punishment and its length. 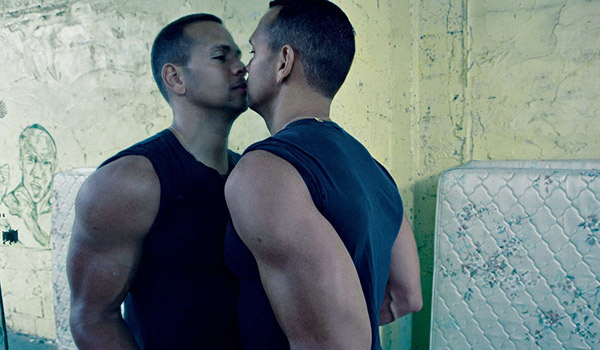 What the F*CK is going on here?

The suspension wasn’t news. And honestly, the appeal wasn’t shocking either. If Rodriguez loses out on the 2014 season, he loses over $28 million. You can’t tell me you would just lie down and take that, even if you were guilty as hell. (Which I think we all assume of A-Rod by now.) You’d fight the crap out of it, because even a partial reduction in the suspension means MILLIONS of dollars A-Rod gets back. (Which should be more than the legal fees he’ll be paying to get himself out of this mess.) Oh yeah, and he’ll get to play while his appeal is ongoing, so that’s more money in his bank. (‘Cause he could own a bank at this point. Well, if his ex-wife wasn’t killing him in the divorce.)

The point is: this isn’t over. In the slightest.

If you want my reaction to the suspension? I think it punishes A-Rod enough without completely absolving the Yankees of their mistake. What mistake, you ask? How about out-bidding themselves for his services without any sort of protection against a possible steroids suspension/debacle/travishamockery. I like the Yankees, I do. But they’re not allowed a “Get Out of Jail Free” card just because A-Rod is an idiot too. If his contract comes completely off the books, they’re out of the luxury tax confines and are free to go back to spending ludicrous amounts of money to lure out the best players. I don’t care if they don’t want him back. They’re going to have to take him back, because no one is going to trade for him. Or I suppose they could just fire him and keep paying him that money anyway. 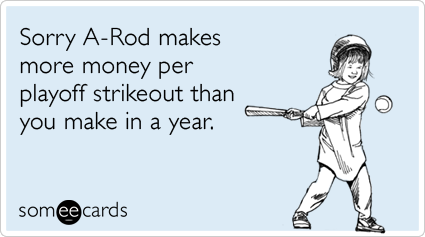 Finally, it’s about time baseball really started to nail down these PED users. The game is chock-full of cheating and shicanery, but Commissioner Bud Selig and Major League Baseball have seemed slow to respond. Well not anymore. The past couple years Selig has really taken to the offensive and wants to nail violators to the wall, no matter how big of a star they are.

And his stars don’t get any bigger than A-Rod. Even though there are 12 other major leaguers on the list of suspensions, A-Rod is the lone wolf that will fight off his attackers, just because of how much he stands to lose. And with multi-millions and his name in the record books on the line, he’ll fight as long as he can.