Friday night was full of celebrating and crazed applause… but it wasn’t because I was watching the Bears’ first preseason game of the year. I was seeing Katy Perry. AND I LOVED IT. But, Saturday morning I sat down and fired up the DVR, anxious to see what I had missed during my pop spree. So without any more distractions, it’s time to run through my scatter-brained notes on this fairly entertaining game and recap some Bears football!

*These are preseason records and therefore, utterly meaningless.

-It was a solid first test for Mel Tucker’s defense. They were forced to react to the unique speed of the Eagle offense, something that certainly gave them fits last season. Picking off Nick Foles twice is certainly nothing to sneeze at, as Foles only had two interceptions all of last season. We saw some pressure up the middle, even as the first team defense was without Jared Allen on the line.

-The Chicago quarterbacks were all pretty effing accurate and on-point. Cutler did his damage early after a lackluster first series, thanks to his continued love of Brandon Marshall. (Seriously. Marshall had five catches. Why is he even out there for five plays???) After Cutler’s longer-than-necessary start to the preseason, Jordan Palmer came out with a sluggish start, nearly being strip-sacked. But hey, he did throw a shitty ball to Zach Miller, who caught his second touchdown of the night. Jimmy Clausen got some lengthy work in as well, completing a bomb to some scrub who promptly pulled his hammy on the way to the endzone. He will now be cut. (I mean, probably.) Congratulations no-name!

-Special teams managed to shit the bed a bit, didn’t they? That deflection on the first field goal was deflating, but that 102-yard kickoff return touchdown to end the first half was delightfully debilitating. Thank DITKA we weren’t playing in a real game.

-Hey, ‘member how I made fun of Zach Miller in the preview? Well, he’s earned 46% less shit from me for next week, thanks to his two touchdown grabs. (It’s complex math.) The first catch was a gorgeous throw from Jay that split two defenders perfectly. But he actually had to work in order to grab the throw from Palmer. Makes sense, as Palmer is like, mediocre.

-We made Mark Sanchez and Zac Ertz look like Drew Brees and Jimmy Graham for a drive. That doesn’t scare me at all coming off 2013’s terrible defensive showing.

Nope, not scared at all.

-The injury to back-up center Brian de la Puente, otherwise known as Captain Depth is only a grade 2 MCL sprain, meaning he’ll be back in a few weeks. That’s great news, because right guard Kyle Long has only now started practicing and right tackle Jordan Mills is still in a walking boot. Oh, and Eben Britton has a hamstring issue. That’s cool. We don’t need an offensive line this season.

-Sam Rosen is a terrible play-by-play guy. He is constantly getting players mixed up with each other. I know this is preseason Sam, but get it together.

-We also got this seduction from Chip Kelly. Thanks to Deadspin for the GIF.

-Khaseem Greene had a lovely fumble recovery after Eagle RB Matthew Tucker was so kind as to put it on the ground, where he fell, untouched. YAY FOR GIFTS.

And that’s when I sorta checked out mentally. I saw David Fales come in and throw the bizall and stuff, but I’m not taking much away from his decent performance against third and fourth-stringers. I can’t wait for the Fales show in the second half of the fourth preseason game though. FUTURE OF THE FRANCHISE.

Did you like what you saw from the Bears on Friday night? I did! It was a crisp offensive performance from our stars and a promising start for the defense (mostly). But honestly, preseason football could never compete with this: 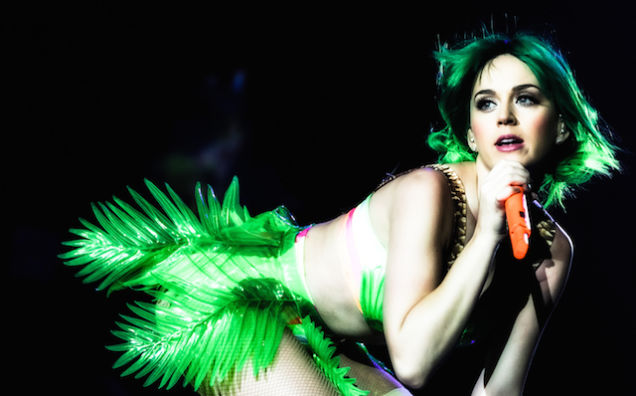 And that’s it! I’m going to keep on prepping for the start of the NFL season! No more Katy Perry concerts for at least a year. Be on the look-out for more Bear preseason previews, as well as predictions for the entire league! SOON. FOOTBALL. BEARS.