The AFC East has long been the domain of Brady’s Patriots, and last year it wasn’t even close. New England had four games between it and the next best teams, but their unceremonious playoff exit in the AFC title game and injury problems left room for doubt coming into 2014. Will the gap be tightened? Or do the Patriots still run the East?

After a decade of not winning a Super Bowl, my hatred of the Patriots has lessened considerably. Aside from Bill Belichick, who is still a pompous, hoodie-wearing, and unamusing troll. On the flip side, I’ve never been a bigger fan of Brady. I feel ashamed. I guess now that his athletic gifts aren’t quite what they used to be, I no longer feel as if he has EVERYTHING going for him. He’s back under center for the Patriots, who have a fascinating offensive roster. They’re still relying on youngsters Kenbrell Thompkins and Aaron Dobson to figure things out while Danny Amendola spends half the season on the sidelines. Julian Edelman, a wily white receiver, should catch another 100 balls this season. That’s an easy guarantee for a Patriot season. Their long-time offensive line coach Dante Scarnecchia retired, so it will be interesting to see how this offensive line functions without him and Pro Bowl guard Logan Mankins, who was traded to the Bucs during the preseason. Nate Solder is still an acceptable left tackle, but Brady may be scrambling for his life. Only… he’s slow. Like, real slow.

On defense, the Patriots made a drastic upgrade. Their secondary is probably the best its been in a decade. Devin McCourty is playing at safety, his true position. Brandon Browner may have been overrated in Seattle, but when he plays for the Pats after his four game suspension, he’ll be utilized similarly. Oh, Aqib Talib left? No worries, we’ll just sign DARELLE REVIS. Mic drop. Cue the epic Revis vs Jets storylines. These acquisitions allow Belichick to play whatever scheme he wants, only now the Pats are being hipsters and switching back to more of a 4-3 defensive front. Because everyone and their mother is playing a 3-4 now and it’s not cool anymore. Vince Wilfork is back, fat, and healthy after tearing his achilles early last year. Add that to the big hulking linebackers and you have the makings of a physical defense ready to play the run better than 30th in the league.

Oh, and GRONK’S BACK BITCHES. CUE THE TOUCHDOWNS AND THE AWESOME.

Hey, they get to play in a division with a bunch of developmental quarterbacks. That’s like six easy wins.

Almost everyone from last year’s offensive line was either a dick or traded away because of the harmful “fun” the dicks were having. The Phins’ former best lineman, center Mike Pouncey, in the former category (DICK), also underwent knee surgery this offseason and will miss several games to start the season. Maybe the newly-acquired Branden Albert can play more positions than left tackle? Like, all of them? Otherwise QB Ryan Tannehill has to play “throw the ball away before this crew of turnstiles lets some giant dude maul me” 53 times a game. And don’t worry, the Phins’ totally fixed the problem of Tannehill having no one to throw to… by drafting Jarvis Landry in the second round. He’ll join Mike Wallace and the “poor man’s Danny Amendola” that is Brian Hartline as guys who might catch a ball. And I still have no idea who their running back is… aside from Knowshon Moreno, who was forced to leave Peyton Manning. Wah wah.

Miami reloaded on defense by reaching deals with corner Cortland Finnegan and safety Louis Delmas and then re-signing Brent Grimes. It’s certainly an upgraded secondary, if nothing else. That’s a great sign for a team that will be heavily relying on Cameron Wake as their only rusher. They’re still waiting for Dion Jordan to play like a first rounder, much less the third overall pick he was. If he ups his game, then the Dolphins may actually pressure a quarterback once or twice this season.

Non-Record Prediction: Ryan Tannehill will continue to not “take the next step.”

They’ll get above .500 with some wins over garbage opponents.

Let’s run-down the Jets’ QB situation ahead of time: Geno Smith will have many opportunities to fall and trip on his face, inviting any and all criticism and boos from the idiotic Jersey crowd. (Because that’s where they play, remember?) That will put Smith on the bench, giving way to seven quarters of ever-exciting Vick ball before the ex-con is inevitably injured. Then Geno will be back to not save the day. The team brought in Eric Decker from Denver to help bring legitimacy to their receiving corps, but he’s a solid number two at best and not a dominant number one. (Still better than anything they had on the roster though.) Then they signed… Chris Johnson? Gah. That’s how desperate the Jets were for a “playmaker” on the offensive side of the ball. I hope they enjoy his lackluster attempts to run sideways and then backwards every play in vain attempts to break a big one. As you can see, I’m not quite sold on this offense.

One of the main reasons the Jets made it to a surprising 8-8 in 2013 was Rex Ryan’s resurgent defense, which was third in rushing yards allowed. Muhammad Wilkerson and Sheldon Richardson are excellent 3-4 ends. My reservations with the defense is that they’re relaying on some young talent. Quinton Coples hasn’t become the outside rusher they wanted. With the release of Antonio Cromartie, second year corner Dee Milliner has been thrust into a pressurized role where he will be constantly tested. Rookie safety Calvin Pryor should come in and be a physical presence in the secondary, but his coverage skills are going to be tested in that conference.

Non-Record Prediction: Eric Decker will cry himself to sleep next to his super hot singer of a wife Jessie James on a bed made of money because he misses Petyon Manning’s passes so much. 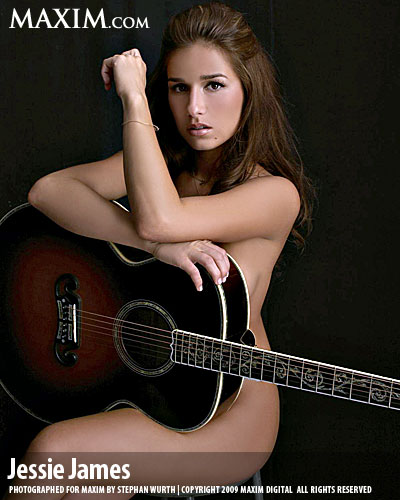 The Bills pulled a Falcon and mortgaged their draft futures in exchange for the right to draft receiver Sammy Watkins, whom they view as a number one weapon for the developing E.J. Manuel. Unfortunately, the Bills are even less relevant to the NFL landscape than are the Falcons. Manuel was unmistakably unpolished last season when he managed to stay healthy. His progression is key to Buffalo achieving any level success in 2014, because lets face it, C.J. Spiller is a dynamic but unreliable running back. And Fred Jackson is still in the league? Sheyit. The Bills’ offense is a sputtering Ferrari from 2002.

Their defensive line could be beastly, after bringing in… wait, no one. Still, they’ve got Mario Williams sans post-payday hangover at the end spot and Marcell Dareus at defensive tackle. Linebacker Kiko Alonso was lost for the year due to an ACL tear in training camp, leaving a suspect back seven even less likely to compete at a high level. I mean, the team still employs Brandon Spikes. Jairius Byrd left in free agency, which means the secondary is without its premiere ballhawk. I like Stephon Gilmore at corner, but he won’t account for more than three or four interceptions. So… an inconsistent offense partnered with a defense that can’t force turnovers? Yeah, that sounds effective.

Non-Record Prediction: It will take a full eight games for everyone to stop giving a shit about the Bills for the season.

And the East is done! Those Patriots won’t stay on top forever… but they’re not falling this year. Keep on coming back for more season previews!