The NFL has returned! Everyone shall now rejoice, for its presence is soothing, like a lavender quilt of loveliness. Before we recline and marvel at the spectacle that graces our televisions this eve, a quick examination of the invested parties is warranted. Especially if you desire to ingratiate your person with the fanatics of these sport clubs. Let us convene and have civil discourse!

Why You Should Watch 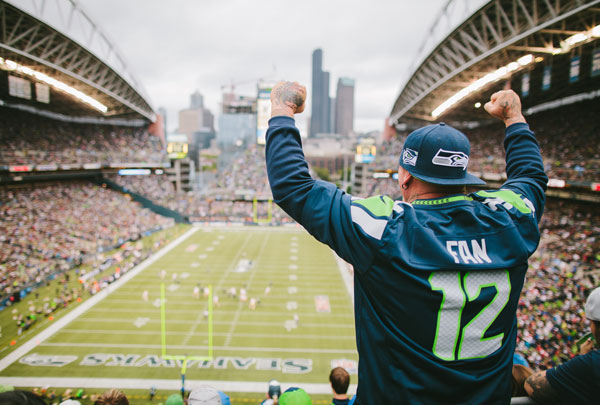 How could it suck? Football is back, baby! Oh wait, it’s in Seattle. Where the Seahawks are ridiculously good. And it’s their first game there since winning the Super Bowl. This could be 35-6 at halftime. It’s practically a guaranteed win for the ‘Hawks. Pharrell will perform on the pre-game show. Guess who’s not “happy” about that?

As for the Game Itself…

Like I said, this might be too easy for the Seahawks tonight. The Packers are starting a rookie center (Corey Linsley)because the actual starter (J.C. Tretter) was injured. Linsley’s not going to recognize nearly anything Pete Caroll’s defense will throw at him. At the same time, Seattle’s offense should get almost whatever they want against Green Bay’s unproven defense, especially on the ground. Marshawn Lynch could be on full display in front of the millions of drunken fans watching half-heartedly until halftime, when they realize they’re out of nachos.

As for your humble host, I won’t be out of nachos, as I’m trying to eat healthier and not sugar/fat myself to death. Therefore no nachos. But I’ll be tweeting during the game @MosltyAvgJoe, so come follow along!