The 2013 Chicago Bears are a team on the precipice. They hired a new head coach. Their franchise quarterback is in a contract year. Their middle linebacker retired after a 13 year career. There are new faces in key positions across the team. It’s time to examine this new Chicago Bears and determine where they will fit in the division, conference, and league.

“Please don’t get me fired.”

Marc Trestman was in the NFL for quite a few years before making a name for himself across the border. He was the offensive coordinator in 2002 when the Raiders went to the Super Bowl and Rich Gannon won the MVP award. (I know. Rich Fucking Gannon.) He spent some time with the Dolphins before leaving to Canada and becoming the head coach of the Montreal Alouettes. He also was hired during various offseasons to assist and coach draft-eligible quarterbacks as they prepare for the NFL Combine and their Pro Day workouts. The 57-year old head coach is known around the league as a quarterback guru of sorts, and one with a mind for creative offenses. I’m in, aren’t you?

Aaron Kromer is the new offensive coordinator, bringing in some of the ideas and concepts that he picked up while working as the offensive line coach under Sean Payton in New Orleans. Kromer is likely a key reason for the Jermon Bushrod signing.

Mel Tucker was the interim head coach of the Jacksonville Jaguars in 2011 when Jack Del Rio was released mid-season. Tucker has already shown his propensity for mixing up blitzes as we saw during the preseason. Where Rod Marinelli and Lovie Smith stuck closely to their cover-two philosophy and let the front four do all the work, this new defensive coordinator won’t hesitate to send extra pressure.

Marc Trestman is bringing his offensive stylings from the CFL and implementing them using the play-makers on this Bears roster. Matt Forte figures to be the chief beneficiary of this new west-coast-ish offense, which features the running back. Forte, never a “pounder up the middle” despite the best efforts of some OC’s (TICE!), will get all the receptions he can manage coming out of the backfield. He’ll be allowed to sweep and bounce off-tackle to the outside, where he can get in space and be at his most effective. Michael Bush will be given the short-yardage carries when he’s not spelling Forte a series or two. Between the two backs, the Bears will have a forceful running game.

As far back as I can remember, this is the best group of receivers the Bears have ever had. Brandon Marshall is a clear number one and showed why in his first season in Chicago. Catching 118 passes and scoring 11 touchdowns is the way to get yourself in Bear record books. This year Marshall may be hampered early by a hip injury, but I’m guessing he’ll power through it. Second year receiver Alshon Jeffery is the “sexy” fantasy pick this year. Wide-outs usually make the biggest jump in their second year, so great things are expected from Jeffery. He only caught 24 passes in 2012, but missed several games throughout the season. So if he stays healthy, I’d expect 60 catches from him. Earl Bennett, who was once the only receiver with whom Cutler had any chemistry, is now third on the depth chart. He missed most of the preseason with a concussion, but he should catch on quickly in the slot. Young dudes Marquess Wilson and Joe Anderson round out the receivers, but if you hear a lot about them during the season it means there’s been an injury or two.

Before this year, the Bears were essentially using a “tight end by committee”approach to the offense. Matt Speath was the blocker, essentially an extra lineman on the field. Kyle Adams really served as more of a fullback/h-back. And Kellen Davis was a waste of space that thought he could catch the ball but really went on the field and proceeded to whiff on blocks, drop passes, and slip everywhere. In free agency, the Bears brought in a complete tight end in Martellus Bennett, formerly of the Cowboys and most recently with the Giants. Bennett caught 55 passes from Eli Manning in his one season with the Giants, earning respect as a receiver to go along with his reputation and skill as a blocker. The depth behind Bennett is slim, with the newly acquired Dante Rosario and Kyle Adams on the roster. 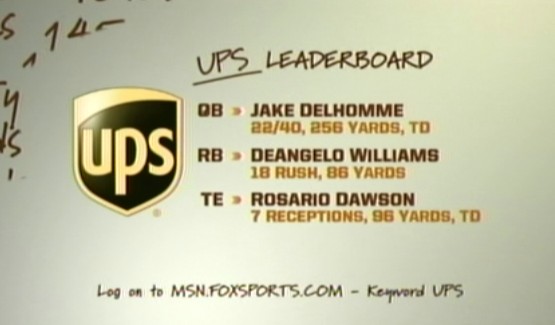 This actually happened once. Dante was once typo’d as Rosario Dawson. WTF.

Perhaps most importantly, the Bears made drastic changes to an offensive line that let Cutler get sacked 38 times in 2012. We all remember those hits, and so did the Bears’ front office. On the first day of free agency Phil Emery poached Jermon Bushrod from the Saints to be his starting left tackle. Then he acquired Matt Slauson of the Jets to occupy the left guard position. Draft day came and we were all a little surprised when Emery selected Kyle Long in the first round. Kyle, son of the legendary Howie Long, came in and won the right guard job with his tenacity and strength during the preseason. He looks mad all the time and wants to hit someone. That’s what a good ground attack is all about. And his fellow rookie Jordan Mills, a fourth round pick, beat out the revolving door known as J’Marcus Webb (yes, I’m back to bashing him) to be the starter at right tackle. Aside from center Roberto Garza, this line has been completely revamped. And on paper, it’s pretty good. And they’ll need to be to protect the Bears’ most important player.

Jay Cutler. The name is polarizing, especially to Bear fans. Say it and you’ll get one of two reactions. Either hate for the quarterback that “hasn’t shown me anything” or empathy for the quarterback that “didn’t have the weapons or the protection.” Now, with the offensive roster I just went through, Jay doesn’t have any more excuses. He’s always going to have a throw where he forces it into double coverage. That’s just the type of confidence he has. But with a coach that has to believe in him and an offense tailored to his strengths, Cutler should be the rolling, gun-slinging, strong-armed quarterback he was when he went to the Pro Bowl as a Bronco. If he doesn’t, he very well may not be on this team in 2014.

Chicago’s defensive line has been developed under years of ex-DC/line coach Rod Marinelli. We all know how much Julius Peppers means to this defense. He can get to the quarterback, demand double teams, and block those kicks. Henry Melton was tagged as our “franchise” player, locking him up for another year at defensive tackle. Melton has worked his ass off and is now one of the premiere DT’s in the NFL. Stephen Paea and Nate Collins (who played well in preseason snaps) will rotate in the other interior spot, along with undrafted rookie Zack Minter. Shea McClellin and Corey Wootton will be expected to bring the pressure from their left defensive end position (when Peppers doesn’t decide he should be playing there). This is a unit with excellent back-ups that will see game action often as Tucker will try and keep the line fresh.

D.J. Williams will be starting the year as the middle linebacker because of his experience (and likely a fear to watch a rookie’s mistakes), but Jon Bostic will almost assuredly make an appearance at some point during the season. Lance Briggs is now calling the plays and making the adjustments on defense, something that was the domain of Brian Urlacher. James Anderson was brought in to start on the strong side and shouldn’t be caught out-of-position often.

With both Charles Tillman and Tim Jennings representing the NFC in the Pro Bowl in 2012, it’s possible to say the Bears have the best corner tandem in the NFL. Tillman is still one of my favorite Bears and had a career year in 2012. He forced 10 fumbles (gotta love the ball punch), picked off three passes, and scored three touchdowns. (Yeah, a pretty good year.) Jennings, not to be overlooked, picked off nine passes last season, the most in the league. He’s an aggressive tackler and can be relied upon in single coverage. Kelvin Hayden is out for the season with an ACL tear, leaving second year Isaiah Frey alone with the nickel corner job. Zack Bowman has returned to the Bears and will be used in dime-package situations.

After years of searching, Chicago may have settled on their two top safeties. Major Wright lays the wood from strong safety and has a knack for the ball too, picking off four passes in 2012. Chris Conte is extremely intelligent and has vastly improved from the mistakes he made in his first season. They take smart angles and can be relied on in pass coverage.

Before this year Devin Hester was all “confused” and “distracted” in his running-forward plays because of all that crazy route crap he had to learn as a wide receiver. Now? Marc Trestman doesn’t seem to be asking him to do any of that, instead letting Devin focus on being the best return man he can be. (I’m sure that was the motivational language that was used.) Eric Weems will also be used in return situations, sometimes on the field along with Hester. Weems was a great return man for the Falcons a few years ago.

In recent seasons kicker Robbie Gould has demonstrated his ability to actually kick a field goal of some length. Lovie Smith used to not even let Gould sniff a kick of more than 50 yards, instead always preferring to punt and letting the defense save his butt. But Gould is reliable as ever, so much so that I swear he shouldn’t be kicking extra points in the preseasons. WHAT IF SOMETHING HAPPENS TO MY KICKER?

Adam Podlesh is still the punter. That’s all I’ve got to say. I know they have feelings and contribute to teams’ success… but this is already over 1,000 words and I can’t stand it. Eff off.

The Bears face two divisions other than their own: the NFC East and the AFC North. Both divisions are veritable crap-shoots, with little inkling as to a clear-cut winner. For their first eight games Chicago alternates dual home and road games twice over. They also welcome in one of their 2012 third place opponents in the New Orleans Saints. Trestman’s team will finish the year on the road four out of their last six, with the final game December 29th at home versus the Packers. Jerks. Knowing that the offense will take some time to fully gel and that the NFC East and AFC North are full of competitive teams from top to bottom, I’m ready to make the call.

I know, it’s not the 12-4 that Bears fans want to rise out of this new regime, but not taking a major step back with a coaching change is a sign of things to come. 10-6 and a shot at the playoffs is certainly possible, but I think Chicago will just barely be on the outside of this postseason. But they still have to play the games. They could immediately find their mojo on offense or the line might not have any consistency. And of course, injuries are going to play a role in one sense or another.

But what the hell do I know? Let’s play some football! BEARS 16-0! FUCK THE PACK WOO!

I mean… check back soon for the first Gameday Preview of the Bears’ season!