We start off the 2013 Mostly Average Predictions with the AFC West. Long the playground of the mediocre Chargers, this division clearly belongs to the Denver Broncos now. Peyton Manning’s presence ensures that. This year could see one of these teams make an ascension from the scrap heap, but will they be able to overcome the reigning division champs?

Last year saw the Broncos start slow, losing three of their first five games. Taking advantage of a soft schedule, they rallied to go on an eleven game winning streak to gain the number one seed in the AFC. This season might not play out all that differently. They play the AFC South and the NFC East, so there’s a shot for a healthy double-digit win total again this season. They added wide receiver Wes Welker from the Patriots, giving Manning one of the best slot receivers in the NFL. Signing guard Louis Vasquez not only gave them a top-tier lineman, but it weakened the rival Chargers. Drafting running back Montee Ball meant Willis McGahee was no longer needed, as the Broncos now had an “every down back” on their roster. (Ball’s preseason didn’t look great, though.) This lets Knowshson Moreno stay on as a back-up, where he should be. Adding Dominique Rodgers-Cromartie and drafting Kayvon Webster means the Broncos did what they could to shore up the corner position after it failed them in the postseason.

Denver will be without Pro Bowl pass rush Von Miller for the first six games of the season, but I’m not expecting a catastrophe in his absence. They’re locked in to go 3-3 (games against the Jaguars and Raiders plus a win vs either the Cowboys or Eagles), but you could easily be talked into 4-2 during that stretch. Peyton Manning won’t need Miller to catch passes for him, so the Broncos will still put up points in this up-tempo offense.

A 5-1 division record is a reasonable expectation, but they have a tougher road this season. One more loss should do it. 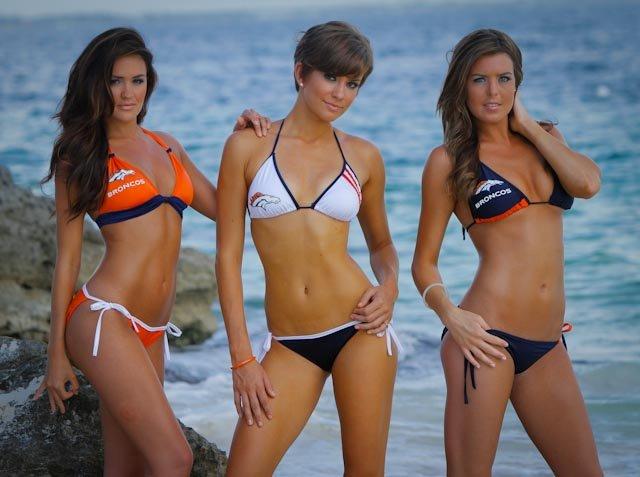 Once the “Kings of the AFC West Crap Hill,” the Chargers are now relegated to struggling through the trenches with the other dregs and watching as the Broncos show them how its done. Philip Rivers has been regressing from a “fiery” top five quarterback to an interception machine with an attitude problem. He looked injured in 2012, even if nobody wanted to admit it. But he also had to deal with a putrid offensive line that let defenders get all up in his grill. Drafting Alabama’s D.J. Fluker gives them a mauler at right tackle, but someone who’s going to learn in pass protection. Antonio Gates is still an above average tight end, but the wear and tear is beginning to show and affect his play. Running back Ryan Matthews is a force on the field when he’s actually on the field…and not fumbling. Matthews has been injured too often to make an impact on any of his previous three seasons, only going over 1,000 yards once. As insurance, the Chargers have Ronnie Brown (yeah, right) and the recently acquired Danny Woodhead. If new coach Mike McCoy’s system can take advantage of Woodhead’s strengths, he’ll be a valuable contributor. (Note that I didn’t say he was FANTASY FUCKING GOLD.)

They released the aged Takeo Spikes and selected Manti Te’o to play at inside linebacker in their 3-4 system. Dwight Freeney was signed in free agency to give them a edge rusher, but Freeney isn’t a great fit and can’t do much in run defense anymore. Melvin Ingram should be back off the PUP list eventually, but he may not make a difference this year. Corey Liuget is a talent at defensive end, but he can’t make up for the deficiencies. Still, the Chargers have one of the best safeties in the league in Eric Weddle. He lays the wood and doesn’t get lost in pass coverage, exactly what a starting safety needs to be capable of. The Charger defense was very average in 2012, but got no help from their inept offense.

Unless he works magic on Philip Rivers, Mike McCoy’s first year in San Diego will be a rough one.

The Raiders were handcuffed in free agency due to over $50 million in “dead money” (money owed to players that for whatever reason aren’t still playing for the team). I mean, they’re still suffering from JaMarcus Russell fallout. So GM Reggie McKenzie and second year coach Dennis Allen were forced to pick off the scrap heap and take cost-cutting measures just so they could sign their draft picks. They ended the FAIL that was the Carson Palmer experiment, trading him to Arizona for just a conditional seventh-round pick. (Giving him away, essentially.) Then they acquired Matt Flynn, who got beat out by Russell Wilson for Seattle’s starting job last season. Now he”s been beaten out by Terrell Pryor. Zoinks. Pryor has more mobility but will complete a significantly lower percentage of his passes than Flynn. The Raiders have terrible, no-name wide receivers and the success of their offense is almost entirely predicated on the health of running back Darren McFadden. (That guy is fantasy FB nightmare.) They lost their starting left tackle Jared Veldheer (who was a top 15 tackle) for half the season or so with a torn triceps. So second-round rookie Menelik Watson will start the season in his place. Eep.

McKenzie had to bargain shop on defense as well, signing Nick Roach away from the Bears (a solid, but not exceptional linebacker) and waiting around until safety Charles Woodson had no other decent options. Tommy Kelly and Rolando McClain were released, denoting their status as high-priced mistakes. Mike Jenkins was signed from the Cowboys to be a starting corner, but he and Tracy Porter aren’t going to be locking anyone down. This team will give up passing yardage, especially because I don’t know how they’re going to manufacture a pass rush. I expect a lot of blitzing coupled with being burned deep.

Yeah. I hate them in 2013. Financially crippled, they’re going to be shitty before they can become mediocre. Pryor may get them to 3-13 with an “out of his mind” game.

This year’s Chiefs are the “sexy dark horse pick that nearly every expert has made so it’s not all that ‘sexy’ anymore” pick to get into the AFC playoffs. And the reasons are pretty clear. They’ve gone from a terrible head coach (Romeo Crennel) to one with a lengthy, successful, and proven track record on the offensive side of the ball (Andy Reid). Instead of a lackluster set of quarterbacks (Matt Cassel, Brady Quinn), they have a “near-bust but somehow salvaged slightly” number one overall pick (Alex Smith). When you consider they had more Pro Bowl players than any other team in 2012, it’s easy to get excited about Smith and the other incoming players. Drafting Eric Fisher first overall gives them an eventual franchise left tackle. Fisher will play this year on the right side, with Brandon Albert retained to protect Smith’s blindside. Replacing released tight end Tony Moeaki was made easier when they signed Anthony Fasano. Fasano will be an open outlet for Smith if the QB can’t get it down the field to big play Dwayne Bowe. And now Bowe isn’t their only receiving option, thanks to the arrival of Donnie Avery. …Wait. Scratch that. Avery is a speedster with terrible hands. No one will pay close attention to him. That means Bowe will stay double-covered and the defense will play tight in the box to stop running back Jamaal Charles. Charles’ rebounding from a 2011 ACL tear would have been one of the best stories in the league if not for Adrian Peterson’s ‘roid recovery. (And ya know, if he didn’t play in Kansas City.)

On the other side of the ball, the Chiefs are rock solid. Dontari Poe anchors the middle of their 3-4 defense, which might feature the best set of linebackers in football (they’re very under-the-radar). Bringing in Dunta Robinson in free agency bolsters a secondary that already has stand-out safety Eric Berry and shut-down corner Brandon Flowers. The defense will keep this team in nearly every game.

I’ve never been a huge believer in Alex Smith, so I’m not fully bought into this Chiefs hype. But they’ll be much improved. 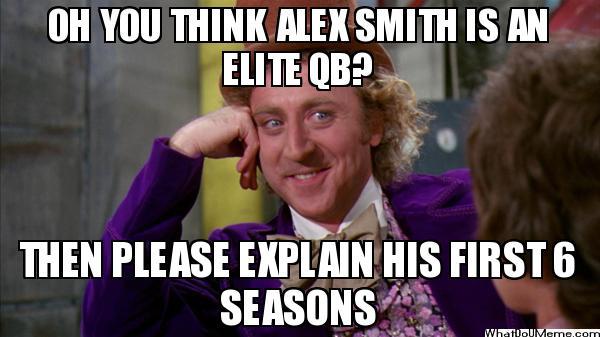 Yeah, this division’s not crazy exciting, but the possibility that Kansas City won’t be a waste of space is certainly interesting. Denver shouldn’t have many problems getting to the top of the division, and maybe even the top of the AFC.

First prediction post in the books! Keep checking back for more NFL Division Previews as they become available! (Or click the “NFL Predictions” tag to see all the posts in one handy place!)