The score makes it seem closer than it really was. The Chicago Bears went up to Detroit Sunday and were the instruments of their own destruction as they lost the game and the NFC North lead to the Lions. Let’s relive the horror, shall we?

The first half of Sunday’s game was a pigskin abomination. After exchanging field goals, Jay Cutler tossed his first interception of the afternoon going to Jeffery in tight coverage, giving the Lions a short field. Credit the defense with holding steady and only allowing a second field goal. Trestman’s offense looked to have found their mojo on drive number three, where a 27-yard end-around to Alshon Jeffery and a 53-yard run from Matt Forte gave the Bears a touchdown. At 10-6, Chicago had their lead and looked ready to establish dominance. But it was not to be. Another Lions field goal closed the gap, but the Bears couldn’t respond in kind. A lengthy punt return by Morgan Spurlock put Detroit in striking distance, where a Matt Stafford QB sneak was nearly fumbled away, but concluded with a touchdown. The rout was on at 16-10. Matt Forte was tackled behind the line of scrimmage for a loss, forcing the Bears into a passing situation, where they gave up a sack of Jay Cutler. An underthrow on 1st and ten resulted in a Glover Quin interception which was nearly returned to the house. Instead, Stafford found Calvin Johnson across the goal line to put the Lions up 23-10.

Tillman created a defensive opportunity with a ball-punch on Bush, but Calvin Johnson recovered. Like ya do. Bush followed that play with his own 37 scamper to the endzone. Good blocking and poor tackling put the Bears down 30-10, with no hope in sight. The Lions had exploded in the second quarter for 27 points, assisted by two Cutler turnovers. 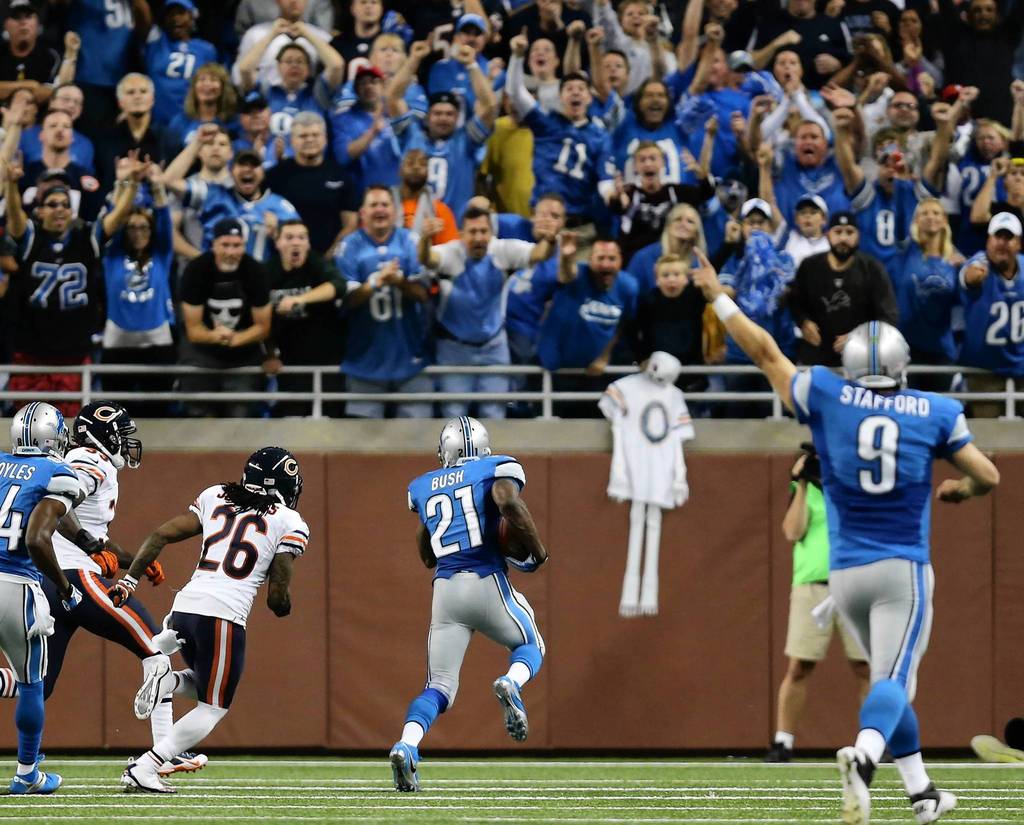 Julius Peppers stripped Matthew Stafford to end the Lions’ half-closing drive, giving the Bears decent field position and over twenty seconds to go along with their three timeouts. A pass to Jeffery down the sideline got the Bears to the ten, where a pass to Martellus Bennett over the middle nearly resulted in a touchdown. With only three seconds left, the Bears has to kick the field goal, narrowing the deficit to 17.

Chicago came out of the locker room with a good drive, thanks to catches from Jeffery and Brandon Marshall. On a fourth and five, Trestman elected to kick the field goal, which is a decision I stand behind. The game wasn’t out of hand yet. Forcing a punt, the defense gave its offense a shot to dig out of the hole. An illegal hands to face penalty on Kyle Long negated a possible third down conversion, and was promptly followed up by an overthrown interception by Cutler. The third down woes were a dominant theme throughout the day.

The Bears nearly received a game-saving gift when a Lions drive ended prematurely. Detroit had been racking up yards on the ground with Reggie Bush, who looked like Barry Sanders most of the day. On a second and one, Stafford threw it to the outside on a slant pattern to Calvin Johnson. Johnson slipped, missed the catch, and had the ball bounce up and into the air, where Zack Bowman snatched it for the interception. The Bears were in business down two scores, right? Well, a sack of Jay Cutler by Ndamukong Suh was joined by a fumble, which Nick Fairley picked up and ran back into the endzone. The Lions finished their drive with a touchdown after all.

Alshon Jeffery showed some spark in garbage time, pulling in a fourth quarter touchdown and the subsequent two point conversion. It was still too late to make a huge difference. Chicago pulled to within sixteen points, which, while technically two possessions, was extremely unlikely to reach. Detroit tried to run their four minute offense, but Joique Bell was stripped by Corey Wootton. A slower-than I’d like Bear drive ended with a TD pass to Earl Bennett in the front left corner of the endzone. Cutler tossed it over the middle to Brandon Marshall for another two point conversion! I was slightly involved at this point, something that wasn’t the case for about 2 1/2 quarters. The score was now 40-32, which led to the inevitable onside kick. Spoiler alert: It failed. 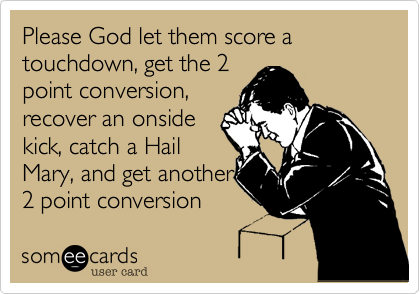 -Hey Fox, thanks for the idiotic “Canadian Connections” graphic. Did anyone else see this?  It should have been titled “Things That Are Also Candadian.” It started off with Marc Trestman, and transitioned to rock band Rush and Nate Burleson, who I guess is Canadian. Fuck off Fox. You’re idiots.

-There wasn’t one specific receiver that made the Bears pay today. Instead it was the insane running of Bush. …Maybe they should have let Johnson go crazy?

-I was glad to see Alshon Jeffery have this kind of all-around performance. It’ll give Jay confidence in his abilities as the season draws on.

It means Jay Cutler still has the ability to play shittastic games. When he gets pressure right up the middle he can perform just as terribly as any other quarterback. He made bad throws, bad decisions, and didn’t get enough protection from his offensive line in key situations. That results in three interceptions and a fumble. Third downs were especially troublesome. When your offense converts your only third down in the fourth quarter, it’s a bad day for efficiency. But the bright side is that the Bears are still 3-1, which is a great start to the season. There’s going to be some fugly film sessions tomorrow, but these are things that can be improved upon. Drown your sorrows if you must, but the 2013 season moves forward. I was at least thankful to not be heavily invested for most of the game, as my nerves settled as the score widened. (I wasn’t drinking either.)